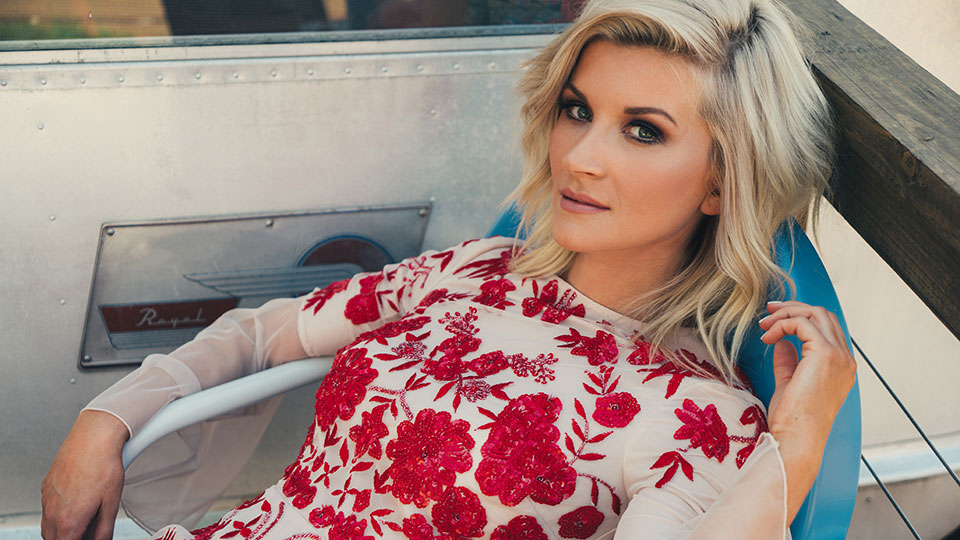 As British singer-songwriter Fiona Culley becomes increasingly well-known stateside, she has big plans to focus her attention on fostering an audience back home.

Country music has always been the Staffordshire-raised singer’s first love, and when she found herself singing in London’s The Troubadour, she was encouraged to head to Nashville to pursue her dreams.

This was six years ago, when the UK country music scene was on the cusp of its current boom, and opportunities were somewhat more limited. By moving to Nashville, Fiona discovered a family in the songwriting community, and has played honky tonks, festivals, and tiny gigs, to earn her dues.

She’s now reaping the rewards, teaming up with veteran producer Paul Worley – the man behind acts such as, Lady Antebellum and the Dixie Chicks – who describes her as the ‘Adele of country’.

Worley has produced her forthcoming album – release date still in the pipeline – and Fiona recorded a duet with Darius Rucker, for the Lionsgate-distributed film, Life on the Line, starring John Travolta and Sharon Stone. She co-wrote the track with Rucker and songwriters, Tyler Cain and Meghan Linsey.

As Fiona kickstarts 2018 with radio tours and single releases, she sat down me to discuss representing the UK in Nashville, why she’d love to forge a career on both sides of the Atlantic, and what she thinks of UK country today.

You’ve been super busy lately on a nationwide radio tour in support of the single, Act Like A Lady. How does it feel to have such an empowering female song on American country radio right now?

It feels very good, I’m not going to lie. Every time I hear it, it feels like the first time. I feel very lucky; very lucky. It’s a female anthem.

I feel like that song was a good introduction and a good starter for my personality, and it’s a strong woman song and that’s definitely me as a person. You know, I like to get the job done and I’m like, pretty ballsy, I guess. I wrote it with Zac Maloy a very, very long time ago, but the concept Act Like A Lady, just kind of sums me up. I’m lady-like, but when it comes down to meaning business, I’ll get the job done, you know?

It seemed like everything started to take off for you last year with the film duet and loads of appearances. How is the country radio tour concept different in the US to back home?

I have this little map, and I coloured in the places I’ve been, and I’ve pretty much been to 37 states now. A radio tour is interviews all day long. Most cities have two or three different stations, so we do two or three different visits a day. I go in and play my songs and meet with them and play to the whole team at the different stations, and basically do the same couple of songs every day. But in my mind, this is a new person, I need to give them everything there is to know about me in 20 minutes.

I meet a lot of people, sometimes it’s super extravagant stages and we plug in and they invite listeners, and then sometimes you’re literally sat in a cafeteria next to the Coke machine with the phone going off with one guy. So, it’s quite interesting.

I’ve chosen not to get too obsessed with the stats at this point, I call this like my first date with country radio. This is just an introduction to me, and it (the single) has been picked up and played in a bunch of places. A friend recently was in her car in New York and she filmed it she was like, ‘this is you!’ and sent it to me. Louisiana was the first place I ever heard it on the radio and that was the craziest feeling.

What was it like being involved in the Life on the Line film?

When the movie came out, I had lots of fun going to Redbox, which is the Blockbusters of America. I think I rented it from four or five Redboxes in town and didn’t watch it because I’d already seen it. I just liked the fact that I could rent it and my music was there. And, it was actually on TV in England, on Sky, so my parents got to watch it, which was cool.

Do you feel like things have moved forward a lot in the last year, career-wise? And, when can we look forward to the new album or EP?

Definitely, but I would like double that for this year. I’m glad for all the things coming up. I’m maybe through the marathon. I’ll be here in Nashville six years in March.
I have the songs ready for the album, but at the moment, I’m going single-to-single. It’s going to be a full album when it’s ready, you either have nothing, or everything. Not half of it.

Are you still working with Paul Worley as you lead up to the release?

Yes, I am, among other people. I’m working with Tyler Cain, Brad Hill… different producers bring different things to the table, which I think is important as I grow.

And, are you finding much time for songwriting amongst the busy touring schedule?

I’ve never really been in the song-a-day mindset because I enjoy performing so much. Without performing, I don’t feel creative to write because that’s how I am as an artist. I’m a performer, so without that, I don’t feel it. So, I definitely wouldn’t be a very good two-writes-a-day-woman.

Now you’re starting to develop a career and fanbase in the US, are you surprised at how country has taken off in the UK, and do you hope to re-introduce yourself to British fans?

I love it. I love that they’re embracing all these American artists, that American artists are doing tours over there and people are loving it. That can only benefit me and I’m really, really pleased. I can’t wait to get into that mix myself as well as their British spokesperson.

Obviously, England is my home and I really hope they get on board soon and see what I’m doing out here and the steps I’ve been making. Because they’ve definitely embraced country music over there and embraced a lot of the American artists and a lot of their own, like Ward Thomas and The Shires.

But, I don’t want to go back (to perform) until it’s a big show that makes a difference.

What’s coming up in 2018 that you’re looking forward to?

I’m really looking forward to seeing where 2018 takes me, I feel like it’s been a long time coming. 2017 was a good year. Things are going good here in regards to fanbase, it’s starting to pick up and some of the radio shows have people lining up (for autographs).

I know you’ve mentioned previously how you’ve developed a real support network in Nashville’s songwriting community. Living so far from home, how has that helped you during the six years you’ve lived abroad?

My friends are my family here. I have some incredible friends and we all take care of each other. I’m very lucky in the friendships I’ve made and they kind of help fill the empty space where a family is not. But, I always go back for Christmas, it’s my mama’s rules.

Fiona Culley’s single Act Like a Lady is available now and you can listen to it below:

Advertisement. Scroll to continue reading.
In this article:Fiona Culley