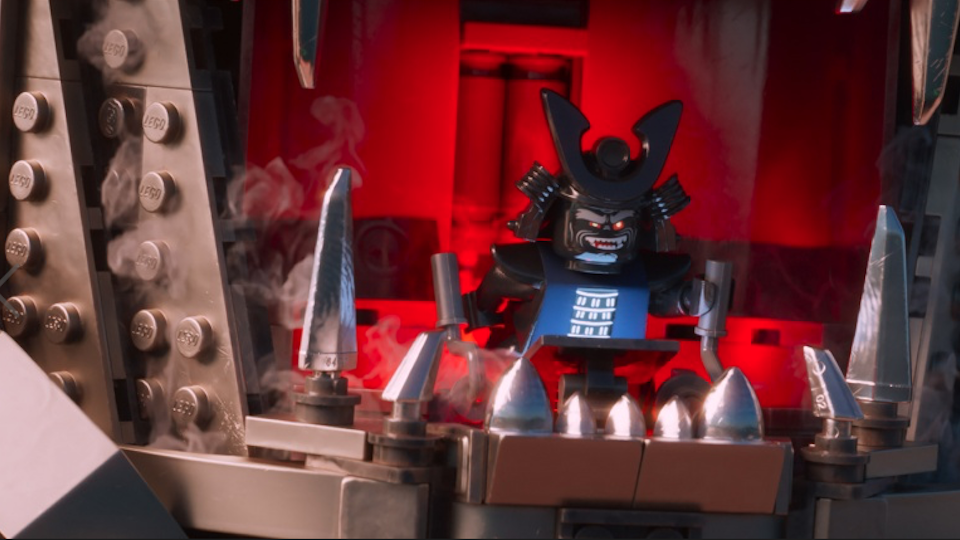 I have a vague recollection of standing in a toy-shop some years ago, sending a text to a relative asking what my nephew might like for his birthday. The answer was anything to do with LEGO Ninjago. My response at the time was WTF is Ninjago? Fast-forward to now, I’ve just watched The LEGO Ninjago Movie, and I’m still not sure. I think it’s a place.

And in this place there are six teenage ninjas, Lloyd (Dave Franco), Kai (Michael Peña), Jay (Kumail Nanjiani), Nya (Abbi Jacobson), Zane (Zach Woods), and Cole (Fred Armison). They each have specialised ninja-mech weaponry robots (kind of like the Jaeger’s in Pacific Rim) which they use to protect Ninjago from the evil Lord Garmadon (Justin Theroux). But just to complicate things, Garmadon is Lloyd’s father.

Thematically it doesn’t stray too far from what we’ve seen in the previous LEGO movies. There’s lots of important life lessons to be learned about family, friends, and discovering your true self. Likewise it has the same chaotic kinetic energy of the previous films. So much is happening in every frame, both visually and aurally. These films continue to be wildly inventive, and appear to being showing no signs of slowing down.

When you look at the credits of The LEGO Ninjago Movie, and you see it has three directors and nine credited writers, it really doesn’t inspire confidence. It whiffs of filmmaking by committee. But I hold my hands up, this creative cabal have delivered the goods. It doesn’t absolutely knock it out of the park in the way the LEGO Movie and LEGO Batman did, but it’s still an extremely good animated feature. The first 25 minutes made me laugh out loud a lot, and in all honesty I was still giggling all the way through. The unveiling of the true nature of the “ultimate weapon” is hilarious.

The cast is stellar, but no one is really doing outstanding voice work apart from Justin Theroux. He is brilliant as Lord Garmadon, and without doubt the funniest character in the film. There is a terrific running joke of Garmadon calling Lloyd “La-Lloyd”, because his name is spelt with two L’s. “L L O Y D. I named you.”

The LEGO Ninjago Movie is irreverent, ridiculous, and frequently entertaining. The imagination and artistry on display in these films is always something to savour. But that is three very similar films the LEGO franchise has now made. I would be very interested to see if they could build something completely new and different and still deliver the goods. But then again, as the ancient ninja proverb goes, “if the LEGO bricks ain’t broke…”