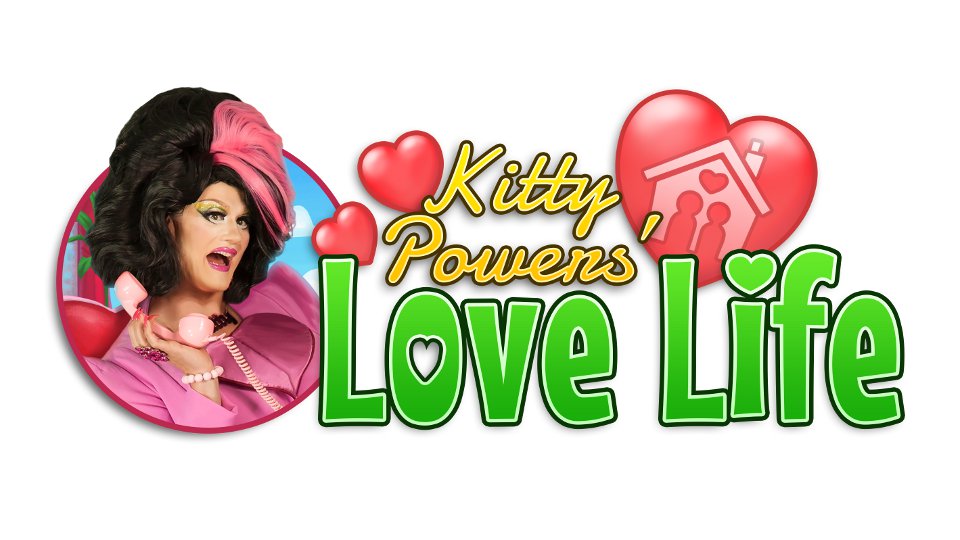 Have you ever wanted to manage the love life of a village? How about with a fabulously flirty boss with shoulders like a linebacker? Brilliant! This game is for you!

Coming off the platformed heels of success from Matchmaker, Magic Notion gives us another go with the wonderfully campy, happy and overall delightfully British Kitty Powers as she plays the boss and guide on this magical journey to make love happen. You’re put into the role of the chief Cupid matchmaker and twenty-four hour love therapist of a village–your tasks include and are not limited to:

Let’s break it down Kittens.

When you build locations, they serve to make your residents happy…I mean, who wouldn’t enjoy a craft store or five within walking distance of their flat? These locations are the sight of a couple different things: dates out, proposals (if you so choose!) and fabulously simple conversation to boost (or bust!) everyone’s mood.

Most of the interactions are broke down into face to face conversations which can hold a variety of minigames. For example, as Kitty proudly proclaims, “Release the love eggs!” — she’s referring to a bingo roller of random conversation topics. You can tab around and get a good feel for what your residents individually like to talk about–or not talk about. When the “love eggs release” (makes me giggle every time), it’s up to you to choose what your lovely residents babble on about. Chose a good love egg? The pair will increase their happiness or closeness of their relationship. Bad? Well, I think you know the drill, Kitten.

There’s plenty of other minigames, buttons and things to push and look at. You have your Kitty Mail, where residents directly contact you for needs–this is includes proposals of the marriage kind and any personal crisis they might be going through. If your couple has stars in their eyes and are fixing to get hitched, you can pencil them in for an appointment at Kitty Towers, where you sit as the right hand person to the Kitty Powers’ overlord herself. There are literally near-endless combinations for couples as well. Never a dull moment in our village, Kitten!

View some screenshots from Kitty Powers’ Love Life in our gallery:

If you are a personal fan of Miss Kitty Powers outside of this and Matchmaker, then undoubtedly this is an absolute must have. The voice acting shines beautifully–and there’s plenty of it. When a personality comes in to do a few lines for a title, sometimes you’ll find repetitive, lackluster readings. Kitty’s flavour singlehandedly makes the game. Her lighthearted, cheeky commentary is enough to brighten any dull room. For a little girl that played Barbie games on Windows 95, this translates pretty well into being the adult (and I do mean adult!) version of that.

That being said, it’s not for everyone. Granted, you can probably take a glance at the trailer and decide straight away if it’s something for you. A point to make here is it never pretends to be something it’s not. It’s polished, looks great, bold colours and sharp corners (and I’m not just talking about Kitty’s shoulders!). Kitty’s actual appearances are a bit on the low-quality resolution side, but is quickly forgiven with all the poses she strikes. It’s a game with plenty of variety, interaction and lots of laughs.