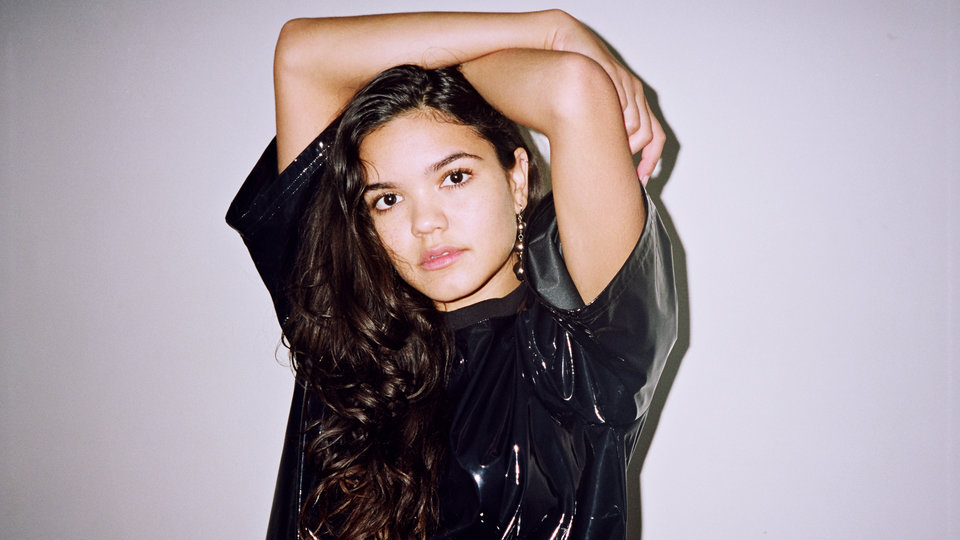 Tess Océane Joffroy aka Tess is from Saint Denis de la Réunion. The young singer’s first love was dancing, which she began to practice at the tender age of four, only putting this initial passion on hold to continue her studies. Subsequently became fascinated by the music that shaped her entire generation. Her influences include Rihanna to Coldplay, Radiohead to Lykke Li and Major Lazer to Drake, Tess built up a playlist that she mainly intended to be interactive. A few years learning classical guitar lessons developed her gift for making the songs of others her own.

In 2013, Pierre Guimard and Matthieu Tessier (founders of the Choke Industry label) came across the young singer’s version of a piece by Lilly Wood & The Prick and asked her to come to Paris for an audition. The audition was successful and led to TESS’ first record, Endlessly, which was re-released in 2016 featured the American R&B artist A.CHAL.

Her debut EP with its subtle electro, pop and sometimes R&B arrangements was a success and now the singer is turning her eyes to the rest of the world. The singer-songwriter’s talent was evident and TESS went on to produce tracks such as Endlessly, which premiered in the UK on Zane Lowe’s Beats 1 show, her other track Love Gun, got further support from music icon Elton John and an incredible 17+ million global streams. Dark But Beautiful is set to hold a similar fate as TESS continues to display her talent for creating a contemporary pop track.

French musician is now bringing her eclectic pop sound to everyone worldwide, releasing new single Dark But Beautiful. The song features striking drums and a lively beat underpinning TESS’ wondrous and sultry voice. The track is out now on Universal Music France.

You can watch her video Dark But Beautiful below: