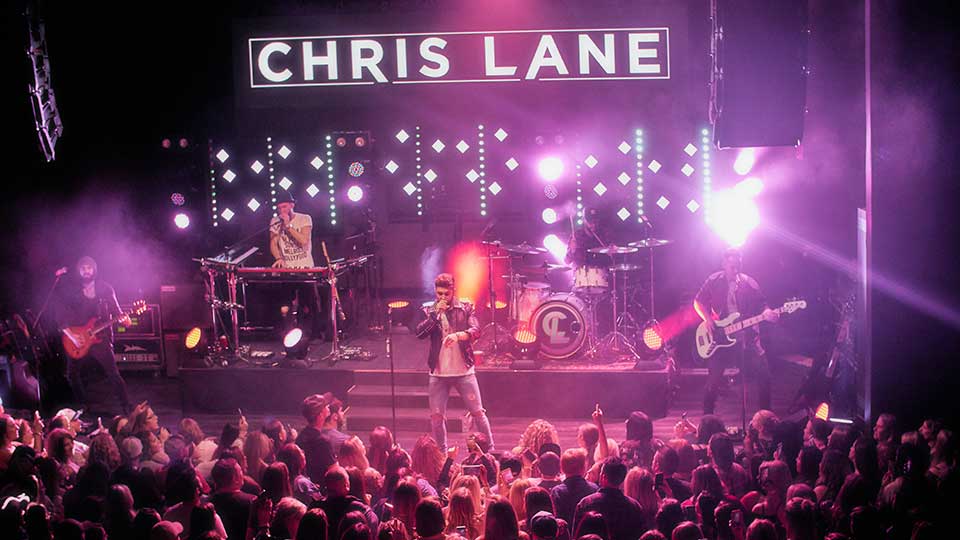 Chris Lane has hit another milestone after performing a sold-out show at Topgolf in Nashville.

The show, which took place on 25th January, was part of his Take Back Home Tour and saw Lane perform a 90 minute set that included his smash hits Fix, For Her and Take Back Home Girl along with new music and carefully selected covers.

Among the new songs performed during the show were One Girl and Old Flame, which gave fans a taste of what’s to come on Lane’s eagerly anticipated second album.

Prior to the show more than 21,000 fans followed Lane as he took over @CMA Instagram Stories. He shared an inside look at the hours leading up to the unforgettable show.

Adam Craig opened the show with an acoustic set and he was followed by special guest Morgan Wallen who performed his hits The Way I Talk and Up Down along with covers of the Eagles’ Life in the Fast Lane and Bon Jovi’s You Give Love a Bad Name.

In March Lane will head to Canada for a string of performances before performing at high-profile festivals such as Carolina Country Music Fest and Stagecoach.

In this article:Chris Lane, Morgan Wallen