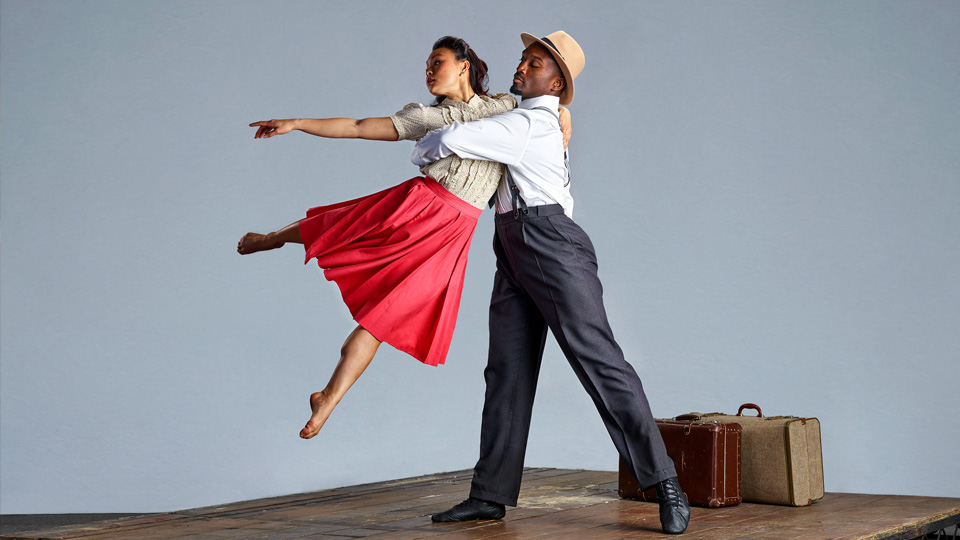 Marking the 70th anniversary of the arrival of the SS Empire Windrush to the UK, Phoenix Dance Theatre present Windrush: Movement of the People at West Yorkshire Playhouse.

SS Empire Windrush was the ship that brought the first large group of immigrants from the Caribbean and began the post-war immigration boom that was to radically change British society.

492 immigrants were invited by the UK government, but not all were welcomed and Windrush: Movement of the People captures the daily exclusion and racism the newcomers faced.

Phoenix Dance Theatre have created unforgettable characters that take the audience from Jamaica to the UK, celebrating how the Windrush generation began to create their own opportunities, setting up churches, introducing their own music and dance and establishing a ‘black culture’.

From 1948 to the present day; from Calypso to RnB via Blues, Ska and Reggae, composer Gary Crosby OBE with Christella Listras from Caution Collective support the story with an uplifting soundtrack to the lives of the Caribbean British people and wider Black British Communities.

Artistic Director of Phoenix Dance, and choreographer of Windrush, Sharon Watson said: “Windrush will highlight both the struggles and the good times the Jamaican community experienced during those early years. It is an uplifting dance production but it shines a light on an important era of the history of black people in the UK.”