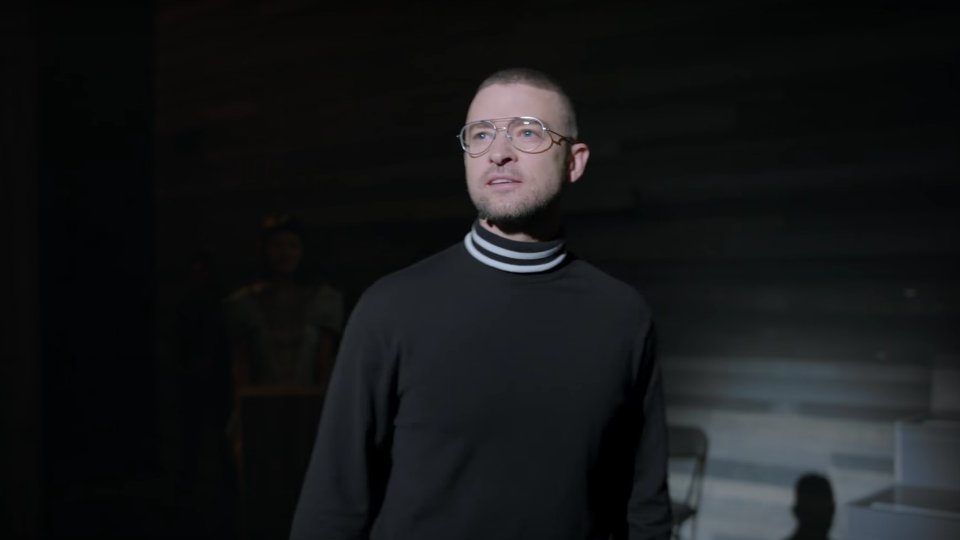 Justin Timberlake has premiered the futuristic video for his new single Filthy.

The clip is directed by Mark Romanek and takes place in 2028 at the Pan-Asian Deep Learning Conference in Kuala Lumpur, Malaysia. Timberlake is seen looking a little Steve Jobs like as he walks out onto the stage and presents a robot version of himself.

As the robot takes the spotlight, Timberlake steps backstage where he continues to control the robots moves. Things take a turn for the raunchy when the robot pulls some risqué moves with a group of scantily clad female dancers.

Filthy is the first single to be unveiled from Timberlake’s upcoming fifth album Man of the Woods. The track was co-written and co-produced by Timberlake, Timbaland, and Danja with additional writing credits from James Fauntleroy and Larrance Dopson.

Man of the Woods, which is due for release on 2nd February 2018, was teased earlier this week and seemed to hint at a change in direction for Timberlake. Unless Filthy is a misdirection, it doesn’t sound like Timberlake has altered his direction all that much.

Filthy is a natural progression from The 20/20 Experience and sounds a lot like the star’s 2006 mega-hit SexyBack. Prior to the release of Man of the Woods, Timberlake will unveil another three tracks which will be made available to stream and download.

On 4th February, Timberlake will be headlining the Super Bowl LII halftime show in Minneapolis, Minnesota.