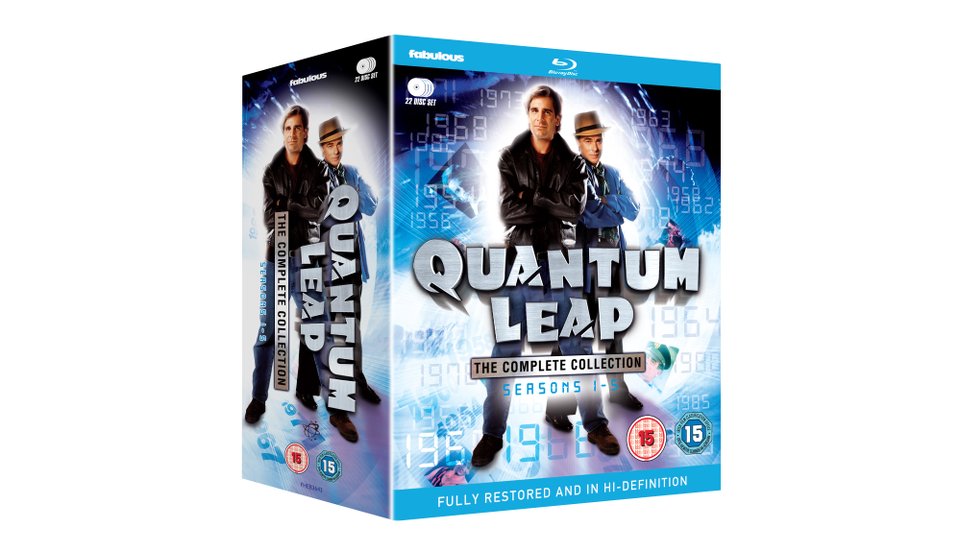 “Oh Boy!” Get ready to journey back in time with Dr. Sam Beckett (Scott Bakula) and his holographic guide Al (Dean Stockwell) in the 5 time Emmy Award-Winning Series Quantum Leap.

Enjoy all 97 episodes of this groundbreaking Sci-Fi adventure series now fully restored and in hi-definition! Consisting of 22 discs this Complete Collectors Edition contains all the original music (previously missing in the DVD release).

Scott Bakula (Star Trek: Enterprise) received four Emmy Award nominations and a Golden Globe Award for his role as a time traveller, helping people out of sticky situations by taking over their body.

Physicist Sam Beckett finds himself trapped leaping through spacetime with his holographic guide Al during a time travel experiment. Beckett takes the place of a different person in a different time period each week where he and Al have to correct historical mistakes before moving on.

To celebrate the release, we’ve got 2 copies of the Blu-ray boxset to give away!

Entertainment Focus will be tweeting about the competition daily via our @EFTelevision account. So look out for our tweets and the more you RT the better your chances.

RT & follow for a chance to win Quantum Leap: The Complete Collection on Blu-ray! We've got 2 copies to give away! #QuantumLeap #competition #win #prizes #giveaway pic.twitter.com/Ka6S3PNLT1