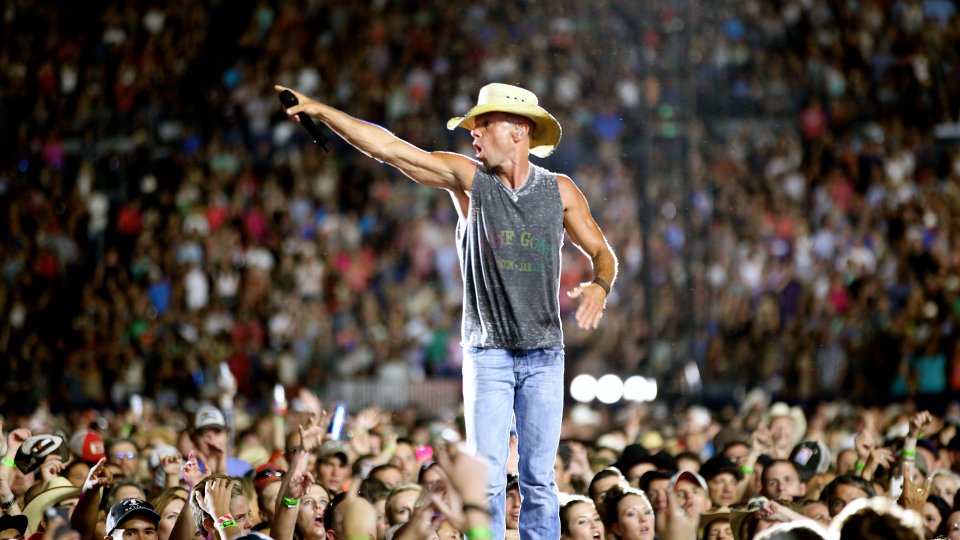 Kenny Chesney is one of the biggest stars in the world of Country music and UK fans are eager for him to make the journey to this side of the pond for some live dates. He’s been mooted for C2C: Country to Country every year since it started but as of yet he’s not performed at the festival. At the end of October Chesney released Live in No Shoes Nation: 10 Years of Concert Hits, a 2-disc collection that celebrates 10 years of life on the road with rare gems, fan favourites and plenty of special guests.

The title of the collection is a nod to Chesney’s fervent fanbase, who are known as No Shoes Nation. For Chesney No Shoes Nation has taken on a wider meaning and this collection is his way of saying thanks. The selections here span Chesney’s entire career but they aren’t always the obvious hits and singles. The release opens with Flora-Bama, a track taken from 2014’s The Big Revival.

Highlights on the album include performances of 2006’s Summertime, 2005’s Guitars and Tiki Bars, and 2003’s There Goes My Life, which is one of the gentler moments included. Down the Road featuring Mac McAnally is the standout track on the collection with the two musicians harmonising well and sounding fantastic together.

There are plenty of big name guest stars on the album including Taylor Swift (Big Star), Zac Brown Band (Everyone Wants to Go to Heaven), Old Dominion (Save It For a Rainy Day) and Dave Matthews (Medley: The Joker / Three Little Birds). They show the pull that Chesney has and the respect his peers have for him.

If you’re a huge Chesney fan, then you’ll find plenty to enjoy on Live in No Shoes Nation. There’s no denying that he’s an energetic live performer and that’s definitely captured here. If, like me, you are a little indifferent to Chesney’s music you’ll likely find your opinion unchanged by the time you get to the end of the two disc release. I’d mark this one up for hardcore fans of the star.