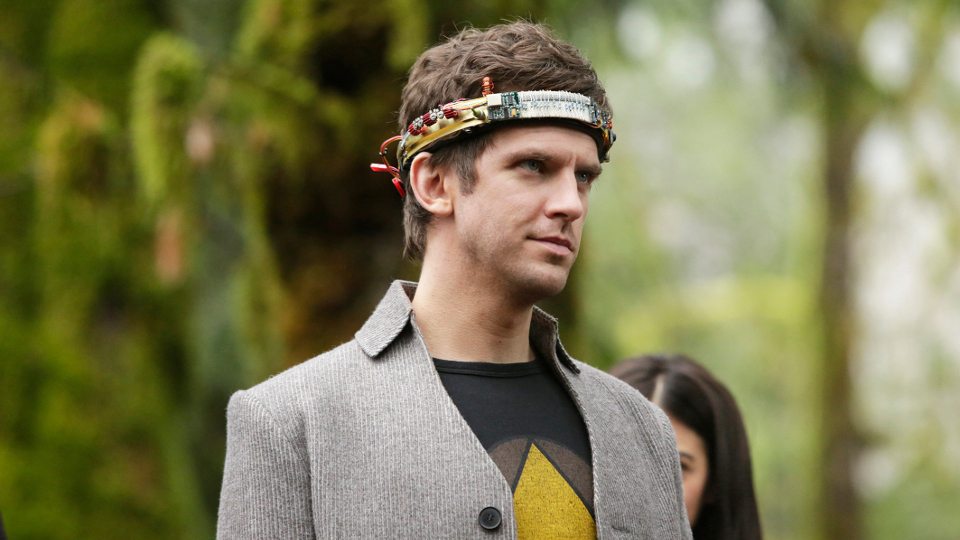 Diagnosed schizophrenic David Haller (Dan Stevens) spent six years at Clockworks Psychiatric Hospital after attempting to commit suicide. Following an incident that left fellow inmate Lenny (Aubrey Plaza) dead, David is interrogated by the government who believe he may be the most powerful mutant they’ve ever discovered. With help of Syd (Rachel Keller), a girl he became friendly with at the hospital, and therapist Melanie Bird (Jean Smart), David tries to understand how he is and what really happened.

Legion arrived with a hail of buzz thanks to its links to the X-Men series. The latest Marvel show to hit the small screen, Legion quickly established that it was unlike anything else comic book fans had seen before. The first episode does everything it can to baffle you from nonsensical narratives to multiple time lines and some bizarre moments (e.g. a spot of Bollywood dancing by David and Syd for no apparent reason). The series takes a bit of getting used to and it certainly won’t be everyone’s cup of tea.

What holds it all together is a very strong performance from Dan Stevens, who by all accounts knew probably as much as the viewers did at the time of filming as certain plot points and twists were kept from him. He manages to be charismatic and play crazy well without resorting to the usual lazy stereotype. Of course as the season goes on, it becomes clear that David isn’t crazy at all and Stevens adapts his portrayal of the character accordingly.

Throughout Legion is incredibly confusing and deliberately so. You’re never sure if what you’re seeing actually happened or if it happened in the mind of one of the characters. Much of the action unfolds through the memory therapy that Melanie oversees but David is a completely untrustworthy narrator and to be honest the other characters aren’t a whole lot better. The strong supporting cast keeps you riveted with their performances, even when you become completely lost with the plot (if there’s even a coherent plot to decipher?).

Special features on the release include deleted scenes, a look at the production design and special effects, and a featurette on the character of David Haller.

Legion is a bit of a head scratcher. It’s both entertaining and endlessly frustrating often mistaking style for substance. I’m not one to shy away from having to work at a series but Legion was so all over the place it was truly exhausting to keep up. There are lots of good ideas in there and visually it’s a marvel (no pun intended) but it’s not difficult to see how it shed nearly half of its audience over its 8 episode run.