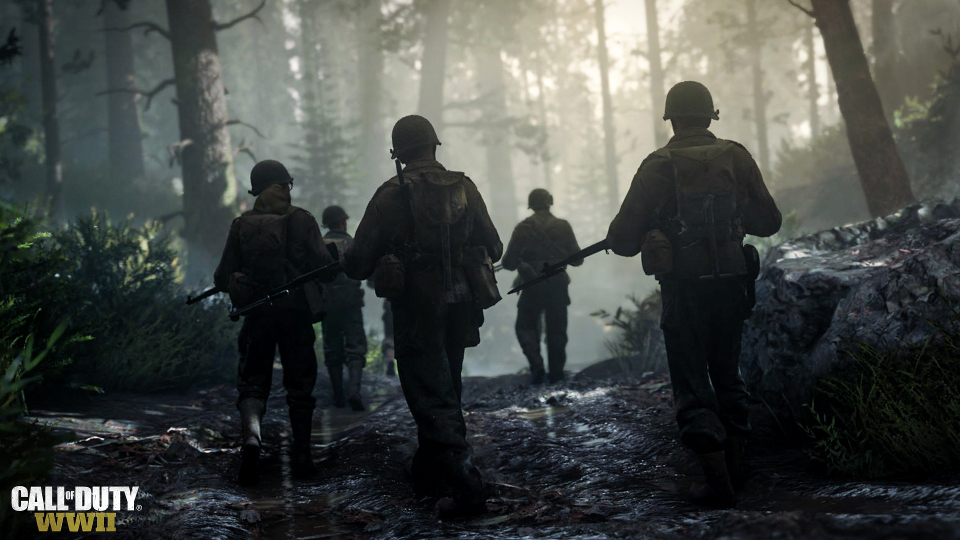 Call of Duty: WWII is available now digitally and at retail for PS4, Xbox One X, Xbox One and PC via Steam. The game marks Call of Duty’s return to where the franchise began, World War II. It takes players to the frontlines of the greatest military conflict ever known, through a personal story of heroism and the unbreakable bond of brotherhood, in the fight to save the world from tyranny.

Call of Duty: WWII is loaded with content, and delivers a variety of new ways for all players to connect, compete and engage as a community across the unique modes of play. The Call of Duty: WWII story campaign immerses players into an intense journey filled with gripping action and epic battles. Players follow the story of Ronald “Red” Daniels, a member of the US 1st Infantry Division, who joins British forces and the French Resistance, and battle across the beaches of Normandy, to the liberation of Paris and ultimately into Germany.

Watch the Call of Duty: WWII story trailer below:

Call of Duty: WWII multiplayer is a fast-paced, grounded and action-packed mode set in some of the most iconic locations in World War II’s European theater with an arsenal of iconic weapons and equipment to suit different play styles and innovative ways to experience the mode, including:

Watch the Call of Duty: WWII – Carentan multiplayer trailer below:

Finally, Nazi Zombies is an all-new, cooperative zombies mode that thrusts players into a dark and terrifying, new and unique storyline set within a mythical and mystical World War II universe. Players embark on a chilling journey through a snowy Bavarian village in Germany, which holds a twisted secret to an unimaginable and monstrous power.

With the launch of Call of Duty: WWII, the Call of Duty World League (CWL) prepares for its biggest season yet with $4.2 million in total prize money on the line, the largest in Call of Duty esports history. Players can participate online in CWL Ladders at launch via the in-game MLG GameBattles mode on PlayStation 4 and earn CWL Pro Points, which determines seeding for online and offline leagues and events. Teams can also participate in-person at CWL Global Open LAN tournaments beginning with the CWL Dallas Open on 8th – 10th December. Learn more on the official Call of Duty website.

In conjunction with the release of Call of Duty: WWII, the Call of Duty Endowment is getting the squad back together for the annual Race to Prestige. Kicking-off last night (November 2nd) at 5:00 pm GMT, personalities iiJERiiCHOii, GoldGloveTV, TmarTn, Hutch and VernNotice are playing and livestreaming Call of Duty: WWII Multiplayer directly from Sledgehammer Games around the clock through Sunday, November 5th. You can watch the livestream over on Twitch.tv.

EF Games will be bringing you a full review of Call of Duty: WWII later this month.