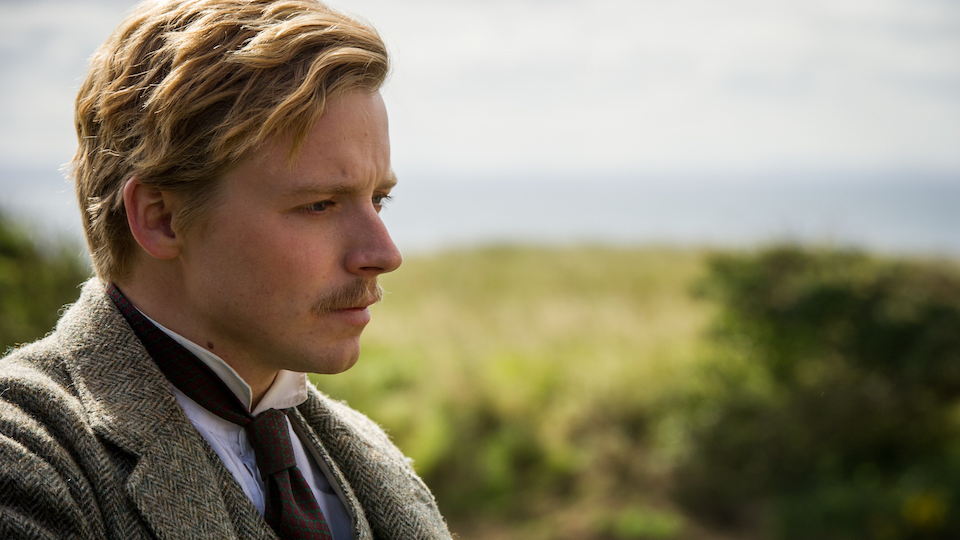 There are few surprises to be found in this gentle and conventional sporting biopic, telling the story of Young Tom Morris (Jack Lowden) a prodigiously talented golfer, who won the Open Championship four times in a row by the age of 21.

Jack Lowden gives a terrific performance as the young champ, looking to drag golf into the modern age, with little concern over whom he must defy to make this happen. First up is his father, Old Tom Morris, played by Peter Mullan with the kind of gruff stoicism you would expect from him. Old Tom is the pro golfer at St. Andrews. He runs the shop, makes the clubs and balls, he’s the green keeper, the course designer and the most sought after caddy among the upper class members of the Royal & Ancient club.

Young Tom clashes with his father over the way he allows himself to be treated by the members, most prominent of which is the club Captain (Sam Neill). They make good money from the exploits of the Morris boys, by gambling on them in challenge matches against other club pros. Young Tom stands up to this, feeling they should be better rewarded by the men they are making rich.

As Young Tom becomes more successful, and famous around the world, he might be able to afford nice suits and dress like a gentleman, but he’s still not allowed into the clubhouse. This issue of class, and rising above one’s station in life is handled in a relatively low-key, yet predictable way. You’re the son of a caddy, you’ll always be the son of a caddy etc etc.

Director Jason Connery does an excellent job of keeping the golfing scenes understated and arguably un-cinematic. Any sport that did not originate in America generally does not translate well onto the big screen, so Connery’s decision to step back and avoid any visual distractions was a wise one. Most of the drama in the golf scenes anyway comes from the gamblers in the crowd.

In the second half of the film, the golf takes a backseat as Tommy falls in love with Meg (Ophelia Lovibond), and has to now fight against his mother, who fervently disapproves of the young waitress being courted by her son.

Not exactly a barnstorming film, with it’s languid pace and familiar tale of a son defying his father and trying to rise above his station in life. It’s also unlikely to have any appeal beyond those who are interested in the history of golf. However, the performances are excellent, especially Jack Lowden who after a great 2017 (Dunkirk, England is Mine) looks set to be the next big thing.