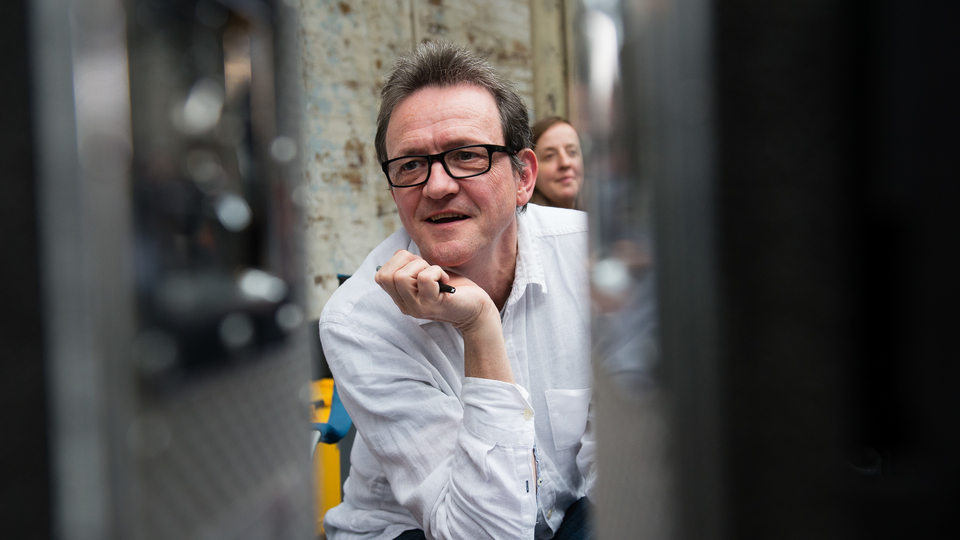 Wonder Woman surprisingly restores your faith in DC’s cinematic universe. That’s saying something, especially after the less than favourable reviews of Batman v Superman: Dawn of Justice, which first introduced us to the character of Diana aka Wonder Woman, played with stunning verve by Gal Gadot.

We join the story as a young Diana, princess of the Amazons, is learning about her heritage. She comes from a warrior race of women who are sworn to protect the innocent against tyranny and evil. Training hard and excelling at combat, Diana’s skills are put to the test when a fighter pilot named Steve Trevor (Chris Pine), who is escaping Nazi soldiers, crashes near her secluded island. Learning of the war to end all wars that is engulfing mankind, Diana travels with Steve to London in a bid to end World War II and in the process, nullify the treat of Ares, the God of War whom she believes is the cause of all this.

Director Patty Jenkins, whose past credits include writing and directing Monster starring Charlize Theron and helming episodes of Entourage, Arrested Development and The Killing, has given Wonder Woman a fantastic overhaul that delivers a visceral treat which positively sparkles with invention, humour and solid action. She also lucks out by having Gal Gadot lead her film.

Gal Gadot is simply a revelation here. She delivers unparalleled action and spectacle and looks the part from the get-go. She brings a warmth and reliability to the character that easily grabs your attention and makes you champion her cause. Diana is a well written character, much more so than Bruce Wayne or Clark Kent in their current cinematic iterations. Her backstory is explained very well and it relates to the overall arc of what DC are trying to fast-track to screen (compared with the steady and methodical approach their competitors Marvel have taken over the past 10 years).

With Gadot on such mesmerizing form, she also shares a great onscreen chemistry with Chris Pine as Steve. The film’s best moments come when she and Steve are discussing the differences between their worlds. There’s a sweet innocence here that recollects the comics and shines a welcome light onto the darkness that DC’s universe has tried so hard to cultivate (with mixed effect).

Then there’s stellar support from the likes of perennial bad guy Danny Huston as scary Nazi General Ludendorff, and his right hand woman Dr. Maru (Elena Anaya), a crazed scientist who has devised a new poison that will win the war and decimate humanity. They are fantastic baddies and give the film a real classic matinee feel; especially with her porcelain facemask that she wears to hide her hideous scars. Comic relief comes from The Office graduate Lucy Davis as Steve’s secretary, and Ewen Bremner, Saïd Taghmaoui and Eugene Brave Rock as Steve’s band of unlikely heroes. Kudos also must go to Lilly Aspell and Emily Carey who both do well as younger iterations of Diana.

The film mainly works because there’s genuine heart at its core. The set-pieces are great (even though they are occasionally let down by some very average looking CGI), but it’s the human element that stays with you. As mentioned before, Diana and Steve’s relationship is at the centre of the story, but there’s great mileage to be found in Diana’s relationships with her mother Hippolyta, played by Connie Nielsen & her main combat mentor and aunt Antiope played with vigour by the ageless Robin Wright. These relationships leave a lasting impression on the audience and give Wonder Woman a strong emotional basis that gets you invested quickly.

For the life of me, I can’t understand the marketing strategy Warner Bros have taken with Wonder Woman. This should have been a heavily promoted release given its significance, in terms of gender politics, superhero movies in general and the small fact that it’s actually a decent film. Having witnessed the critical mauling of Batman Vs Superman it’s understandable that this release of Wonder Woman is cautious in approach, but at the end of the day this is a tent-pole summer blockbuster that deserved a huge media push, which it hasn’t got. The ad campaign leading up to release has been criminally quiet and that’s a real shame.

Wonder Woman goes some way to restore your faith in the DC cinematic universe and delivers a film that stays true to the character whilst delivering a crowd-pleasing, popcorn-munching adventure that balances comedy and action very well. With reshoots on Justice League, it remains to be seen if that can continue this uplift. With Joss Whedon stepping in to help (as Zack Snyder takes a back-step due to a family tragedy), Warner Bros have a creative mind onboard who knows how to make things work in this genre. I also cannot wait for his interpretation of Batgirl. The thought of his Batgirl and Gal Gadot’s Wonder Woman in the same universe is awesome.

Special Features include an Epilogue, Deleted Scenes, Crafting the Wonder, A Director’s vision, Themyscira: The Hidden island, Beach Battle, A Photograph through Time, Diana in the Modern World, Wonder Woman at War, Warriors of Wonder Woman, The Trinity, The Wonder Behind the Camera and Finding the Wonder Woman Within featurettes, rounded off with a Gag Reel.

With a decent balance of tone, strong direction from Patty Jenkins, a great supporting turn from Chris Pine and a sensational lead performance by Gal Gadot, Wonder Woman is the blockbuster that the fans and DC/Warner have craved ever since Christopher Nolan’s Bat-trilogy ended. Delivering a matinee adventure that delivers on practically every level, it’s fantastic to see Diana’s story finally done right on the big screen. Long live the legacy of Woman Woman.