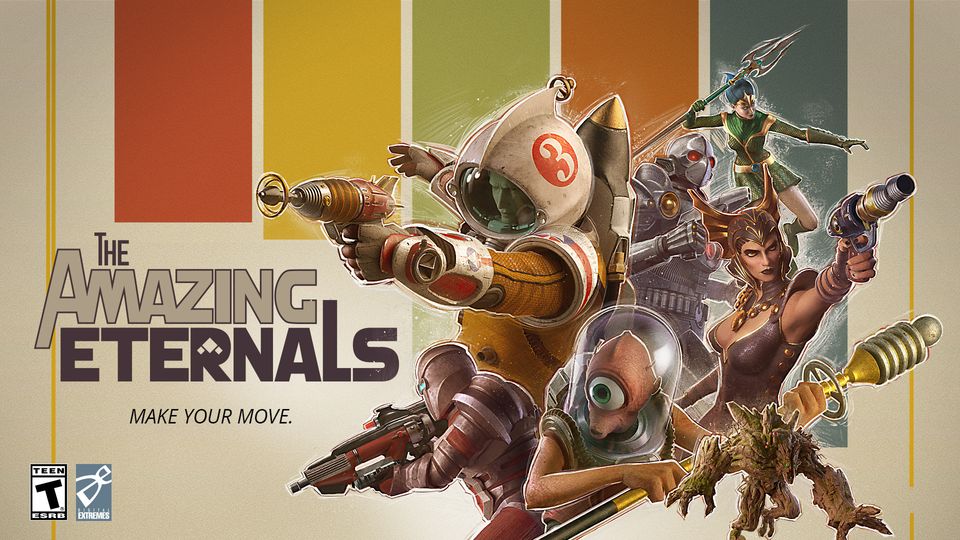 Exclusives offered only in the Founders Program vary depending on the five different tiers into which players buy. Examples include special pewter game pieces, a prototype character, gun, turret, and UFO, a voice pack, Easter Eggs and a lot more.

The Amazing Eternals will take players on a journey through a multiverse that begins on the starting square of a mystical board game. Players will wield unique decks of cards throughout the match offering handy benefits, amazing powers, and fearsome weapons. With timing and resourcefulness, personally customized decks give players the upper hand in battle individually and when strategically coupled with teammates’ decks.

View some screenshots from The Amazing Eternals in our gallery:

The Amazing Eternals will make its debut appearance at PAX West this week from Friday-Monday, September 1-4, in Seattle, Washington at Digital Extremes’ booth #233.

Advertisement. Scroll to continue reading.
In this article:Digital Extremes, PC, The Amazing Eternals