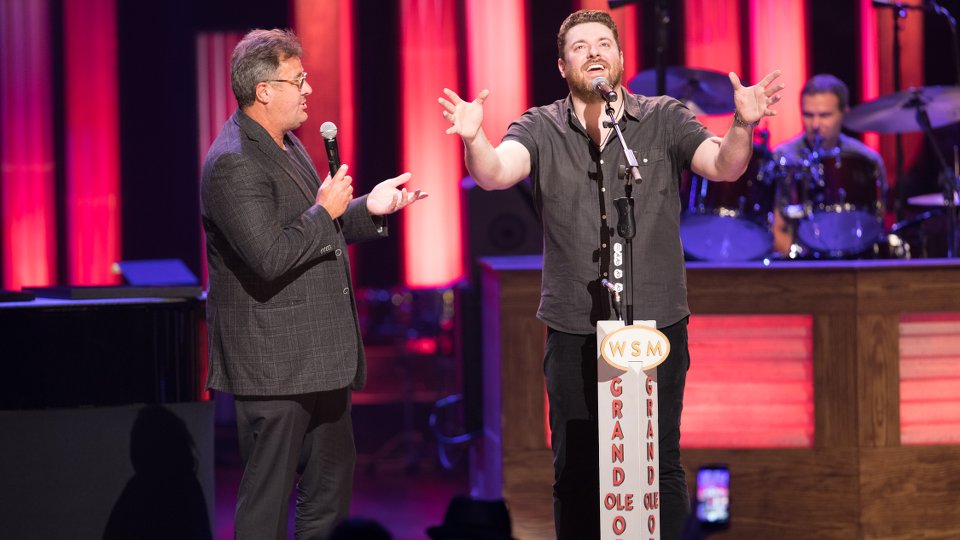 Being presented with Gold and Platinum certifications for Sober Saturday Night and Neon respectively, Young was taken by surprise when Gill invited him to become an official Opry member.

“Since making his Opry debut more than a decade ago, Chris Young has won legions of fans around the world and has earned the honest respect of his industry peers,” said Opry General Manager Sally Williams. “Both are evident every time Chris plays the Opry, as our audiences light up and his fellow artists watch from the wings. Chris has an incredible passion and love for the Opry; he lauds its past and is excited about its future. He continues to make significant contributions to country music and to his community, and we could not be more excited to officially welcome Chris to his musical home with his Opry induction in October.”

Young made his debut at the Opry on 15th June 2006 and he reacted by shock when Gill made the invitation. His official induction will take place on 17th October, just days before the release of his new album Losing Sleep.

Earlier in the evening, Young was joined by fellow BMI songwriters Gill, Brad and Brett Warren to celebrate the chart-topping success of Sober Saturday Night, which is Young’s ninth career number one as an artist.