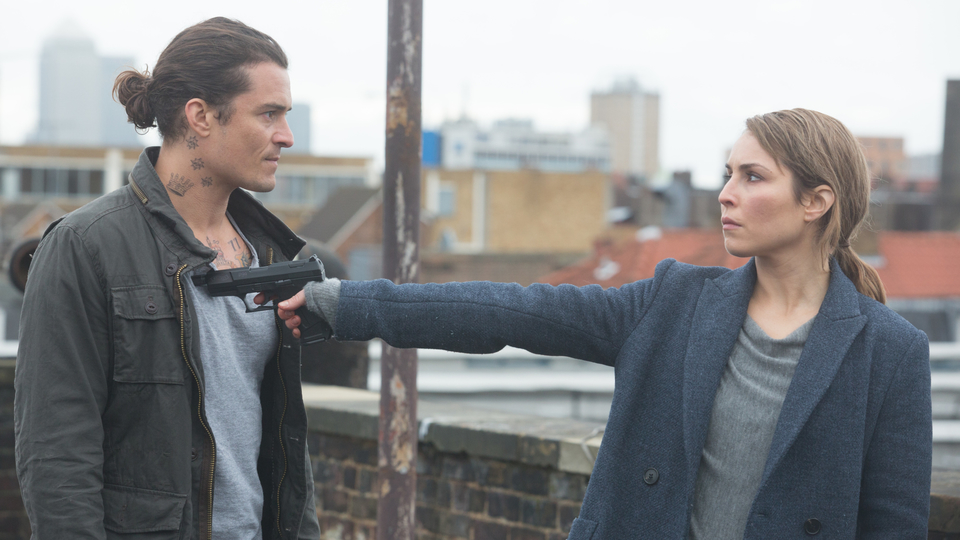 Directed by Michael Atped (The World Is Not Enough) and starring Noomi Rapace (Prometheus), Orlando Bloom (Pirates of The Caribbean), John Malkovich (Deepwater Horizon), Toni Collette (Little Miss Sunshine), Michael Douglas (Ant-Man), Aymen Hamdouchi (War Machine) and Adelayo Adedayo (Some Girls) Unlocked is a gripping race against the clock to save London from a biological attack.

Desk bound CIA Analyst Alice Racine (Rapace) is summoned back into the field to investigate a possible chemical threat to the capital. Her interrogations reveal a complex plot of internal double and triple crosses. Unsure who to trust Racine has to fight the threat on the streets and on her wits, but the countdown has begun…

Unlocked is a modern espionage thriller full of tense interrogation, epic street fights and a stand out performance from Rapace as Alice Racine and Bloom as her unlikely partner Jack.