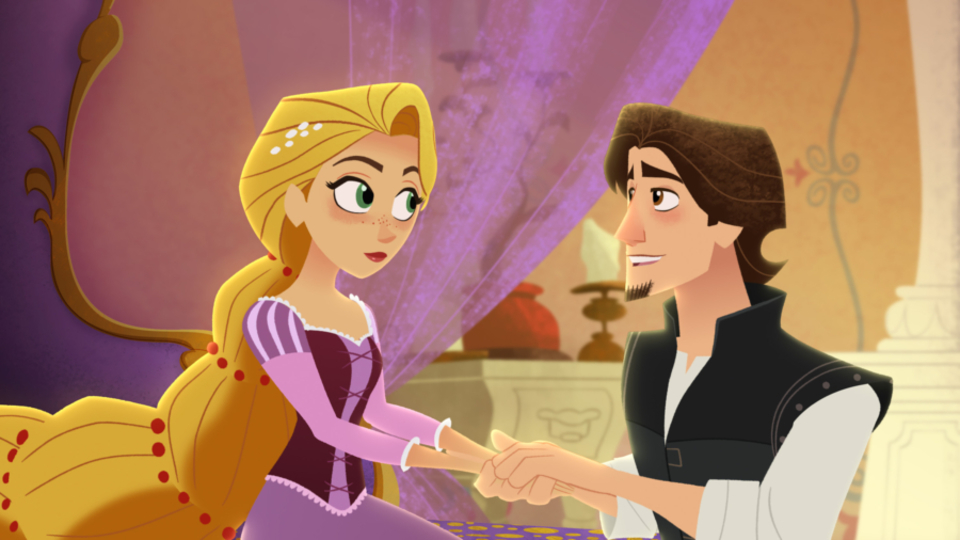 One of the best Disney films of all time is continuing its story on TV!

Rapunzel’s exploits continue in the highly anticipated premiere of Tangled: The Series, which will premiere on 11th September 2017 on Disney Channel and DisneyLife.

Reprising their voice roles are Mandy Moore and Zachary Levi as Rapunzel and Eugene (formerly known as Flynn Rider), respectively.

Set between the stories told in Walt Disney Animation Studios’ acclaimed film Tangled and its short film Tangled Ever After.

The visually vibrant animated adventure/comedy movie and series unfold as Rapunzel acquaints herself with her parents, her kingdom and the people of Corona. Her irrepressible spirit and natural curiosity lead her to realise that there is so much more she needs to learn about the world and herself before she can assume her role as Princess of Corona.

Beloved characters from the feature film accompany Rapunzel on her journey, including her partner in life Eugene; her loyal chameleon sidekick, Pascal; no-nonsense and dutiful horse, Maximus; and the Snuggly Duckling Pub Thugs. Newcomer Cassandra (voiced by Broadway’s Eden Espinosa), is introduced a tough-as-nails lady-in-waiting, who becomes Rapunzel’s good friend and confidante.

Tangled: The Series is broadcast on Disney Channel and DisneyLife from 11th September. New episodes will be shown every Monday-Thursday at 4pm.

Check out teh new featurettes below;