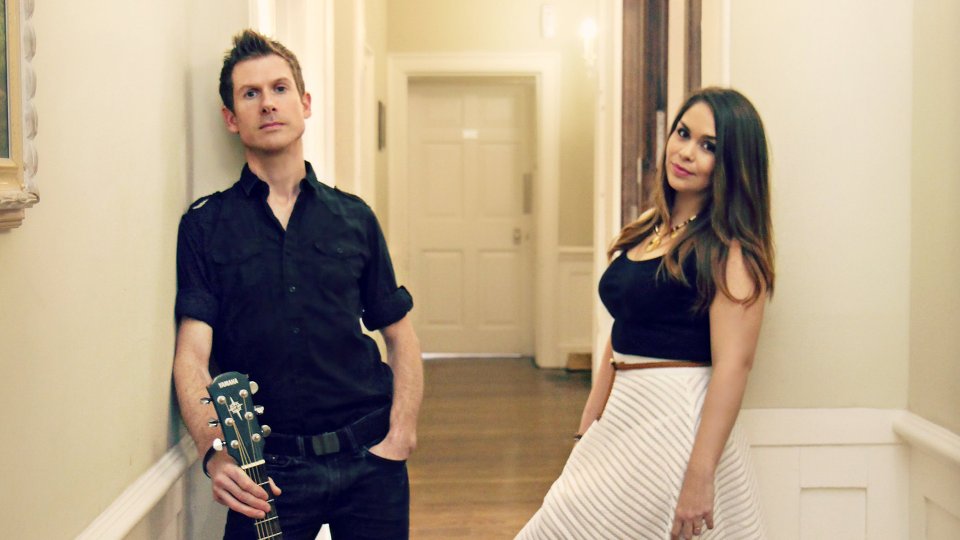 Retreat – aka Richard Watts and Marianne Dunkling – are among the wave of British artists starting to breakthrough in the Country music genre. The duo decided to call themselves Retreat following a songwriting retreat in Spain during 2013. They didn’t actually properly become a band until January 2015 when Rich put the idea to Marianne. After spending time writing together for other artists, Rich and Marianne started working on music for themselves and the first fruits of that is the recently released No Need For Conversation.

The EP contains five tracks and it opens with Hanging on a Red Light. The steady beat that opens the track draws you in and when you hear Rich and Marianne’s harmonies, you know you’re in for an enjoyable listen. The chemistry between the pair is evident with Rich’s voice sitting somewhere between Kip Moore and Bryan Adams, and Marianne possessing a beautiful tone that floats across the melody.

No Need For Conversation showcases many different sides of the band and they are clearly very talented. The mid-tempo I Thought You Knew builds to an infectious urgency with a melody that won’t leave your head for days, and The Way God Made You is the kind of song that will be a popular choice for weddings thanks to its heartfelt and emotive lyrics.

The finest moment on the EP is In My Hands. The piano ballad is simply stunning with both members of Retreat showcasing their vocals. They both possess so much strength and colour in their vocals that when they come together it’s simply magic.

The EP comes to a close with Pack of Lies, one of the more uptempo moments on the record. Rich’s gritty voice opens the song before Marianne joins him on the powerful chorus. The two are so in tune with one another that their passion and chemistry beams out of the speakers. It’s the perfect way to bring the EP to an end and certainly leaves a lasting impression.

If I were to be very picky I would say that sometimes the duo’s lyrics have a tendency to move into cliché. The most obvious example is Hanging on a Red Light where they sing ‘if love’s the driver and life’s the road’ and it just feels a little cheesy when it doesn’t need to. Perhaps a slight polish of the lyrics or input from an outside writer could really benefit them to just strengthen the songs that bit more.

While British country seems to be obsessed with The Shires and Ward Thomas, I would suggest that people look further than the major label acts to bands like Retreat. For me they are head and shoulders above the so-called leaders of the British Country movement and they feel a hell of a lot more authentic. No Need For Conversation is a fantastic introduction and I can’t wait to see what else Retreat have up their sleeves.

Advertisement. Scroll to continue reading.
In this article:Retreat