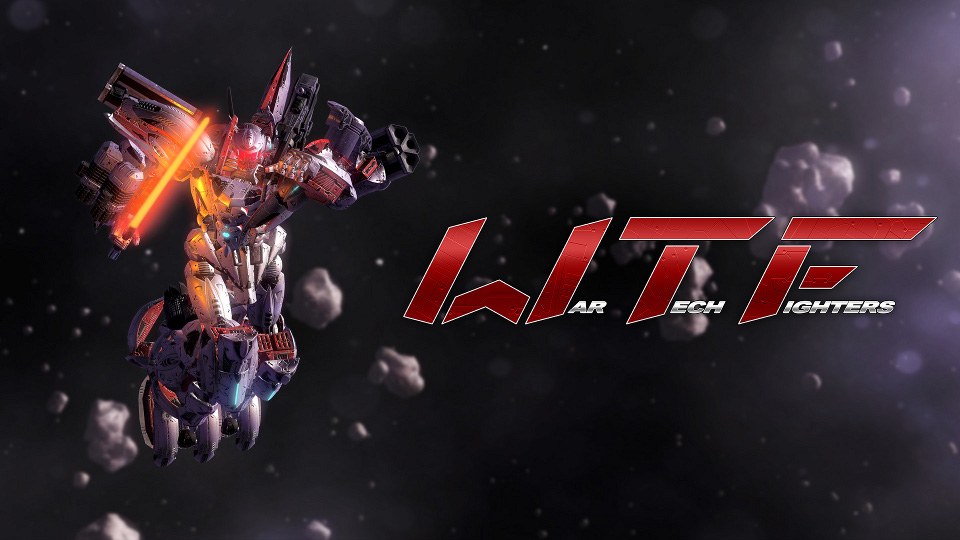 To celebrate the launch of War Tech Fighters on Steam Early Access for PC, Green Man Gaming and Entertainment Focus have teamed up to offer five lucky readers the chance to win:

Travelling across the galaxy, the rebel colonies of Hebos and Ares join forces to battle against the Zatros empire with the deadliest weapons ever built – War Techs. Taking space combat to a whole new level, War Techs are giant mechas that combine cold precision and state of the art technology to the battlefields of space.

War Tech Fighters is a space action game that combines the spectacular action of Japanese Anime with Hollywood Blockbusters. Configure, upgrade and customize your War Tech and dive into battle to fight back the Zatronian forces and save your Galaxy

Pilot your mecha and fully customize its appearance and loadout in some of the most over the top action this side of the galaxy, in what could be described as the love child between Michael Bay and Evangelion. You’ll lead the assault on Zatros with fists of iron and lazer sword in hand as you pilot your fully equipped, spaceship shredding War Tech, built to fight for the rebel colonies of Hebos and Ares and reclaim your homeland.

View some screenshots of War Tech Fighters in our gallery:

To enter you need to Follow @EntFocusGames on Twitter and RT (ReTweet) any of our tweets that mention this competition.

EF Games will be tweeting during the duration of the competition via our @EntFocusGames account. So look out for our tweets and the more you RT the better your chances.

Follow & RT for a chance to #win a digital copy of #WarTechFighters courtesy of @GreenManGaming on Steam Early Access [UK only] #competition pic.twitter.com/oovZaxb1PQ

EF will be bringing you a full preview of War Tech Fighters later this month. Meanwhile, check out the official Drakkar Dev website and the Steam page for more information on the game.