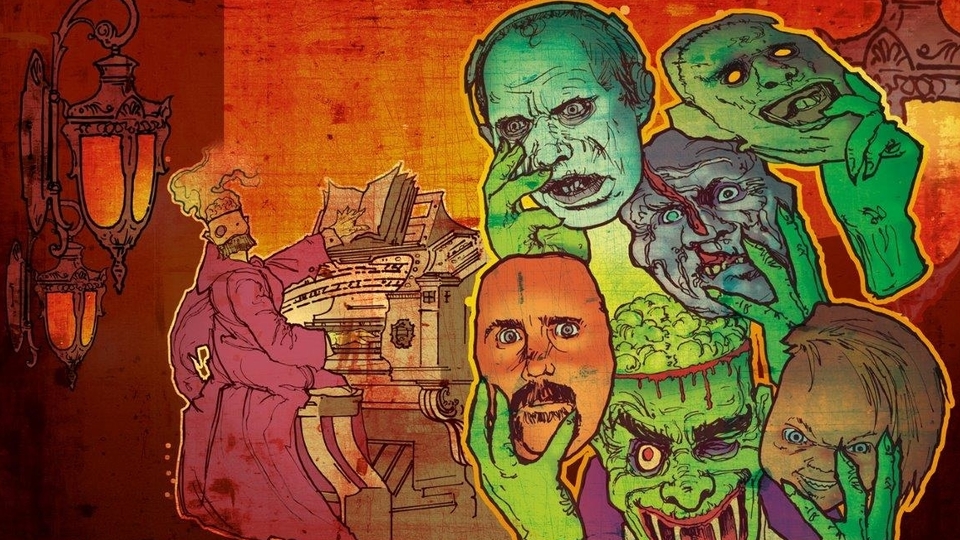 Horror Channel Frightfest is coming up very soon and news has just broken of the five new horror talents shortlisted for the second ever FrightFest Screen Genre Rising Star Award.

The award was established with in 2016 to celebrate the work of emerging UK genre talent, with the first recipient being Prevenge director Alice Lowe.

This year’s winner will be announced on Monday 28th August in an event at the Cineworld Leicester Square at 6.30pm. It will be hosted by Screen contributing editor & critic Nikki Baughan and entry is free.

Tom Paton has been shortlisted for his feature debut Redwood, for which he also wrote the screenplay. Playing the Cineworld Discovery screen on FrightFest opening night, the film follows a couple who disturb a nest of vampires while hiking in the woods. Paton is currently working on his follow-up, Black Site.

Dominic Bridges is in the running for his feature debut Freehold (previously titled Two Pigeons), in which he subverts the home invasion thriller to make a chilling point about the urban class divide. Bridges previously directed documentary short Underdog, and episodes of TV series Shelfstackers.

Joanne Mitchell has been shortlisted for her work as an actress and producer on Attack Of The Adult Babies, which sees unwitting two teenagers break into a country house where high-powered men enjoy dressing up as babies, as well as previous genre projects including Bait and Before Dawn.

Matthew Holness has been nominated for his successful migration from the small-screen, where projects including Garth Marenghi’s Darkplace and Free Agents, to shorts such as Smuch (which screened as part of Sky’s Halloween Comedy Shorts) and upcoming feature debut Possum. Possum stars Sean Harris as a disgraced childrens’ puppeteer who returns to his childhood home to confront his vicious stepfather.

Danny Morgan has been nominated for his work on horror comedy Double Date, directed by Benjamin Barfoot. Morgan wrote the screenplay and also stars as hapless 30-year-old virgin Jim, whose desire to find love leads him and best friend Alex (Michael Socha) into danger. Morgan has starred in TV shows like Ideal and features including On The Road, and has written several shorts. Double Date is his first feature screenplay.

Screen International editor Matt Mueller said: “We are delighted to be partnering with Horror Channel FrightFest again this year for the Genre Rising Star award. Screen is always eager to support exciting new UK talent and we look forward to announcing the winner at this year’s festival.”

FrightFest co-director Greg Day added: “Identifying and promoting new UK talent is very rewarding and we’re so pleased to continue to do this in partnership with the UK’s leading film industry publication”.