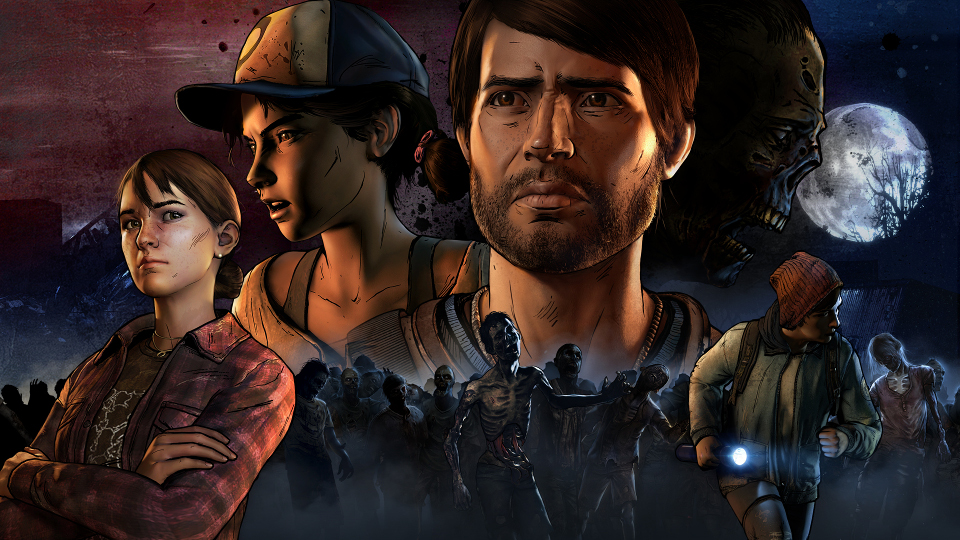 In Episode 1 we left Javier with a tough decision to make, one which I elected would take him back to help Kate. Frustratingly though, Episode 2 did not allow me to see the outcome of this decision quickly!

As before it is impossible to discuss this game without major spoilers as the game is so story driven so if you haven’t played it yet or don’t want to know the plot then please don’t read on. I will say however that the game is great and you should definitely play!

Episode 2 begins with another flashback taking place before the walker boom. We see Kate washing up and Javier insisting on helping her. Remember here that Kate is Javier’s sister in law! Their conversation turns to the potential for them to run away together and have a fresh start; away from all of the family. During this discussion Kate ‘accidentally’ smashes David’s military glass and Javi assists. David then walks in and confronts them both during which the player is offered a choice; either leave it or inform him that Kate is going to leave him. In this decision I elected to leave it.

I must say that the whole ‘affair being helped by zombies’ angle was one that has raised an important question for me that I will be interested to see how it plays out. As a fan of the TV show I hope we don’t see (but think we could) a similar scene to Shane’s murder of Otis between the two brothers. It’s odd to think I’ve only played one and a bit episodes at this point but I am already invested enough in the characters to hope that this doesn’t happen, not only for the sake of family but also, it would totally change the positive spin I tried to put on all of my decisions to date!

Watch the Behind the Scenes trailer for The Walking Dead: A New Frontier below:

The game then cut to Kate screaming in the Infirmary as Eleanor performs surgery on her. It is revealed that the bullet has not passed through her and therefore needs to be removed. Eleanor successfully pulls the bullets out of Kate and allows her to rest.

Whilst she rests Javi explores Prescott where Tripp informs him that he is able to stay as long as he would like to. Finding Gabriel Javi has a conversation with him where he tells him that he wishes he was more like his father.

The New Frontier (Max’s group from the previous episode) arrive at Prescott looking for revenge for the deaths of their group holding Francine as hostage. Their leader is revealed to be Badger, an irrational and violent dictator and the groups argue about who fired the first shot, the conclusion of this argument is that Javi must answer for their deaths and regardless of whether he surrenders a shootout ensues during which Francine is injured. Despite Max not wishing to, Badger demolishes the gates of Prescott using a lorry filled with walkers which overrun the town. Javi escapes with Clementine, Kate, Tripp, Eleanor, Gabe and Conrad.

As they regroup the survivors decide to head toward Richmond; another settlement that may have medical supplies for Kate. On the journey Javi realises that the group are being watched when they mean Paul ‘Jesus’ Monroe; a welcome appearance from a series regular. Jesus informs the group that their best route to Richmond is through an old railway tunnel which they find to be overrun. Following a skirmish from which Tripp and Jesus escape, Conrad forces Clementine to reveal her mark to Gabe. This mark shows us that Clementine was previously a member of the New Frontier. Conrad proceeds to hold Gabe hostage and plans to use Clementine as a makeweight with the New Frontier to get what they need.

View some screenshots from The Walking Dead: A New Frontier below:

The player is then given a choice; either go along with Conrad’s plan or decline his idea. I chose to decline the idea and was shocked when Javier shot Conrad, killing him. Following this Clementine decides to break off from the group, afraid that she will be forced to return to the New Frontier.

The remaining group members head toward Richmond and find Eleanor’s car with Kate inside but no sign of Eleanor herself. Javier decides that since her state is worsening they have no choice but to try to get the New Frontier (who have taken Richmond) to treat her. After negotiating with Max at the gates we are shown the true leader of the group; David.

Episode two was full of highs and lows and played out in the manner to which I am accustomed from the TV show. Just when you think you have it all figured out, everything changes. Episode two was far more action packed than the first which is to be expected now the setup has been accomplished though I must say the twist ending really has knocked me back in terms of playing the game in what I had hoped would be if not morally right, at least morally justifiable!

The Walking Dead: A New Frontier – Ep2 Ties That Bind Part Two was reviewed using a digital code supplied by the developer.