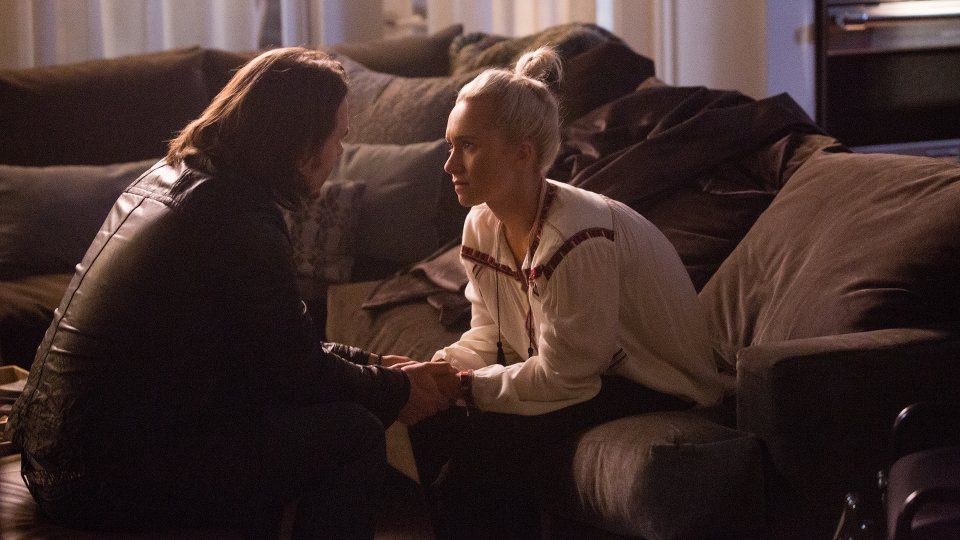 The troublesome teenager took a job as an intern at a studio working reception and she was quickly angered by YouTuber turned songstress Ashley Willerman (Bridgit Mendler). As Ashley spent the day being rude to everyone pushing Avery (Jonathan Jackson) to quit, Maddie unleashed a poorly timed truth bomb on her leaving Deacon (Charles Esten) shocked.

As a result Maddie lost her job and after a heart-to-heart with Rayna (Connie Britton) she realised that Deacon was still hurting after the things she said about him on the stand during her emancipation hearing. Maddie broke down, apologised to Deacon and Ashley, and got her job back.

She also met street busker Clay (Joseph David-Jones) who was very forward about his interest in her.

Elsewhere in the episode Juliette (Hayden Panettiere) found the woman who saved her from the plane crash and tried to shower her with gifts. She was surprised when her generosity was returned, which led to an honest conversation as Juliette tried to understand why she survived. Juliette also got some feeling back in her legs.

Meanwhile Rayna’s new assistant continued to be creepy and stole items from her desk, Scarlett (Clare Bowen) and Gunnar (Sam Palladio) discussed shooting a new music video, and Rayna received a hand-written letter at her home from a stalker.

The next episode of the season is Leap of Faith. Rayna receives a stunning offer from tech guru Zach Welles regarding Highway 65. An impatient Juliette seeks advanced treatment. Will and Kevin look for an apartment together.

This episode originally aired on 19th January 2017 on CMT in the US.