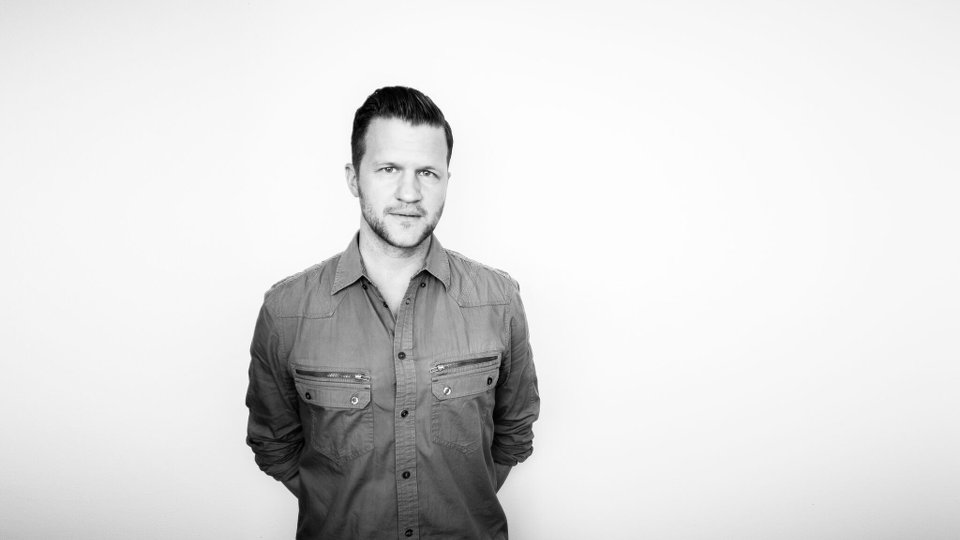 US singer-songwriter Michael Logen’s work has become the soundtrack to hit television programmes including, Nashville, Parenthood and Suits.

But, now it’s time for his own music to shine with the release of his latest album New Medicine due in May. He also embarks on a 14 date UK/Irish tour in May, to promote his new single, Ready or Not, available now.

Logen spoke with me about writing in a Tennessee mountain cabin, working on popular TV shows and his excitement of returning to the UK.

What direction did you take this new album in, and what inspired it?

I think if artists can just be honest, first with themselves and then with the world, that’s what makes great art. Because we all lay awake at night and feel that same sense of fear, or longing, or anticipation, or passion, or loneliness… And when one person is honest about that, it frees everyone else by reminding us we’re really not alone at all, but connected in this same bizarre ride called existence. Examining and expressing that ride is probably part of what inspired this album and the direction it took.

Did the second album prove to be as difficult as, so often, feared?

Yes, it did in some ways. It took me a while to release this record and there was certainly an element of struggle to it. But it was worth it of course.

What was your song writing process?

I wrote much of this album alone, though a few songs I co-wrote with other artists and dear friends, including Kim Richey, Sierra Noble and Jennifer Hanson. I’d head out to a cabin in the mountains of Tennessee outside my home, Nashville. I’d cover all the clocks, no radio, no TV, no internet and dive in.

How long did it take to put together and where was it recorded?

It took about two years to put together and I recorded it all in Nashville at several different studios; Blue Room Studios, PaperSwan Studios and Reid Scelza’s Studio.

As a songwriter, what are you always aiming for when writing a new song?

Honesty wrapped in an unforgettable melody. If someone loves the music, eventually, possibly, they’ll hear the words.

What is the story behind the new single, Ready or Not, and why was it chosen as the breakout UK release?

Life is a series of highs and lows, ups and downs, seasons and when you’ve been in a low for a long time and you’re losing sight of the good times, sometimes that’s when the clouds break and you meet someone, have a conversation, or read a book, or have some experience that changes everything. Things turn a corner. Doesn’t always happen, but when it does it’s amazing. That’s what this song is about.

What surprised you about working on this project?

How long it took!

How excited are you about coming to the UK in May?

Very! I’ve been to the UK a few times, done some writing in London and played a few shows in London and Belfast, but much of the country I’ve never been to. Everything I’ve seen has been majestic and beautiful, so I’m really excited to see the rest of the country.

What do you expect from UK audiences?

I’ve been a few times and every time the response to my music has been overwhelmingly positive and gracious. I’ve noticed UK audiences tend to really pay attention to the lyrics and that means a lot of a songwriter.

How has working on a show, such as Nashville, impacted your career and career path?

It’s been an honour to have the show Nashville use some of my songs and to get to meet and work with some of the cast from the show. We’ve become friends and many of my friends who are artists and writers have had their songs featured in the show. It’s good for everyone and we all enjoy being a part of the show.

You’ve toured with artists, such as John Legend, Will Hoge and Jason Isbell. What have you learnt from touring with your peers?

So much. Each artist brings their own emotion, tone, writing style, speaking style and I’m sure we all influence each other over time, just the way your friends influence you over time. I’m sure I’ve learned a lot about song writing, performing and life in general from my friends I’ve been fortunate to tour with over the years. It’s a real gift and community.

What are your plans next?

Working on another album!

Michael Logen’s new single Ready Or Not is available now and he will be touring the UK and Ireland this May. For more information and dates head over to www.michaellogen.com.

Advertisement. Scroll to continue reading.
In this article:Michael Logen