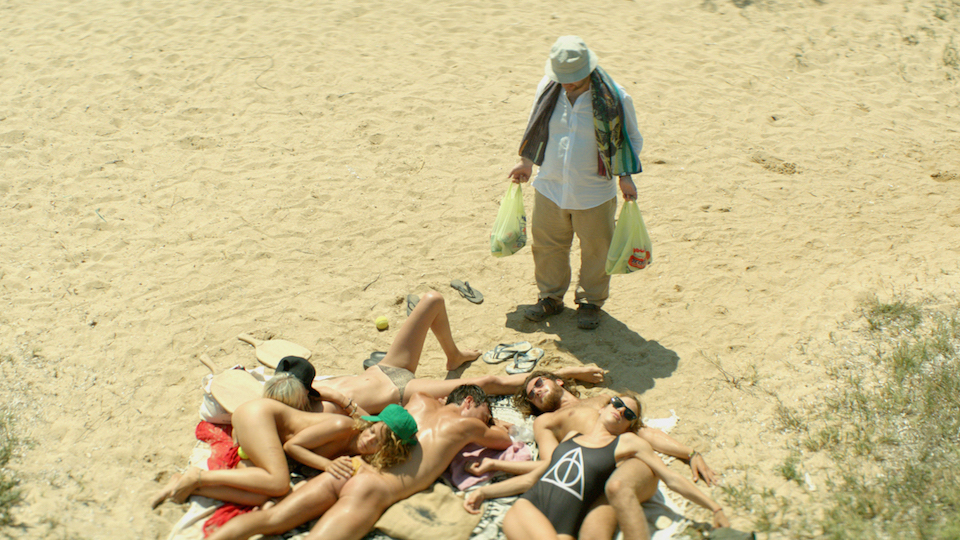 A middle-aged man finds himself seduced by youth in the new film from Argyris Papadimitropoulos, the latest filmmaker to emerge from the new wave of Greek cinema. Eschewing the strange and unusual originality of his contemporaries, such as Yorgos Lanthimos and Athina Rachel, Papadimitropoulos instead looks to dazzle us with visual delights, perhaps in the hope of blinding us to the lack of depth in his film.

Kostis (Makis Papadimitrou) arrives on a quiet Greek island in the middle of winter. He is the new doctor for the small local community. He doesn’t really fit in, being as he is, quiet and socially awkward. Then when the Summer arrives, the island is transformed into a wild holiday destination, and Kostis finds himself caught up in the party when he meets Anna (Elli Tringou) and her gaggle of effortlessly attractive, non-specific eurotrash friends. Anna is young, beautiful, and flirty, and she and her friends decide to adopt Kostis as the new member of their crew. There is an uneasy sense that they are perhaps being cruel – letting him tag along so they can laugh at him later.

Nevertheless, Kostis starts spending time with them, and comes out of himself in profound ways, emerging like an incredibly awkward and cringey butterfly. I’ll put this out there now as a public service announcement: if you are in anyway allergic to excruciating cringiness, this is not the film for you. Likewise if you are in anyway offended by full frontal nudity. The director takes great pleasure in leaving absolutely nothing to the imagination as he contrasts the young, tanned, naked bodies of Anna and her friends, with Kostis’s middle-aged, hairy, pasty podge.

It’s not long before Kostis is utterly intoxicated by Anna, by her youth, her beauty, her body. Through her and with her he gets a chance to live the hedonism he never experienced as a young man. And yes there is a strong whiff of middle-aged male fantasy about Kostis’ adventures, and I suspect this will colour how people respond to Suntan, especially the first hour. It is here that you can choose to view the film as a sad story of a live half lived, and a man making up for lost time, or as a film about a cringey, leering creep, hanging around with kids half his age.

Whatever ambiguity there is in Suntan, it is completely lost in the second half of the film. Anna and Kostis spend an afternoon alone on a secluded beach, and an intimate moment transforms his harmless fantasy crush into dangerous male entitlement. From here on in the plot lurches into much darker territory, and the film is weaker as a result. The controversial final sequence adds nothing to the narrative, only undoing everything that has gone before, and leaving a foul taste.

Through Kostis and Anna, the director seems to be telling us that all things must end. Youth becomes middle age. Happiness becomes misery. Beauty fades and fantasies eventually give way to reality. As an examination of the crushing sensation that your youth is gone forever, and the painfully awkward attempts to recapture it in anyway possible, Suntan (for an hour at least) does a very decent job. Sadly, like its middle-aged protagonist, it can’t last the pace.