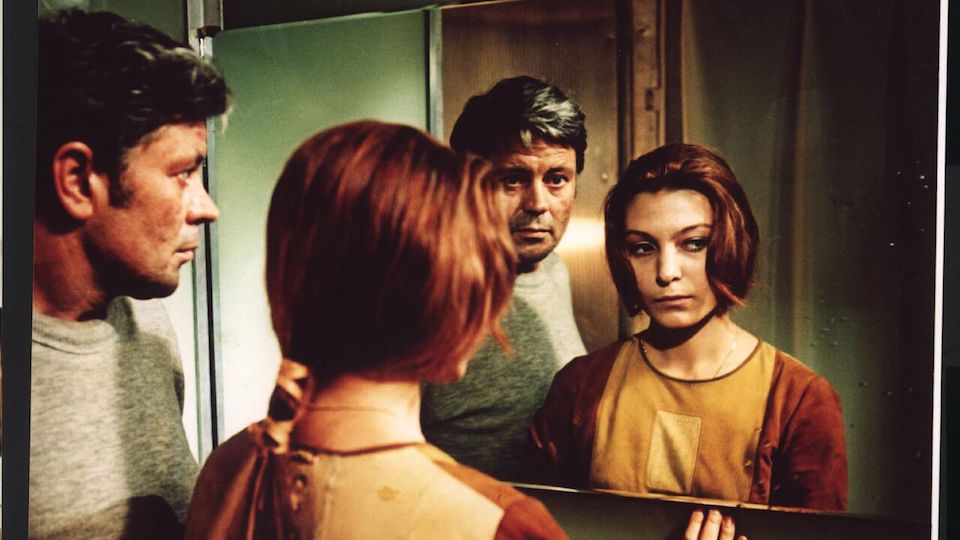 Andrei Tarkovsky’s extraordinary adaptation of Stanislaw Lem’s novel Solaris is quite rightly heralded as one of the greatest science-fiction films of all time. Languidly paced, heavily imbued with religious and mystical symbolism, and meditating on love, memory, and faith, it is by no means a thrill ride through space. It is instead a film that uses space to look inward and explore what it means to be human.

When a Soviet cosmonaut returns from the space station circling the planet Solaris, with tales of strange sightings, bizarre activity, and mysterious deaths, a psychologist – Kelvin (Donatas Banionis) – is sent to investigate. Solaris is an ocean planet, and the ocean has it’s own consciousness. When scientists and cosmonauts have probed end explored this consciousness, the planet has probed right back. Mining the minds and memories of the crew, they have been driven to madness by what Solaris has shown them. When Kelvin arrives, he finds the remaining crew in a very unstable way.

Before long, the planet explores the mind of Kelvin, and he finds himself being confronted by his dead wife Khari (Natalya Bondarchuk) who committed suicide many years previously. The film evolves into something akin to a philosophical ghost story, with Kelvin being haunted by this physical manifestation of his own memories. Is this a blessing or a nightmare? Tarkovsky explores this with his trademark disregard for traditional narratives and audience expectations. His long takes, and poetic sensibilities eschew what could be a setup for sci-fi-horror, and insteads ask us to ponder what is love, and what does it mean to be human?

Solaris is an extremely long film, and Tarkovsky’s pacing can make it feel even longer, especially in the early parts of the film. Patience and an openness to reflection are key to fully experiencing this film. Despite the weighty themes and subject matter, this remains Tarkovsky’s most accessible film.

If you’ve only ever seen Solaris on the old Artificial Eye VHS release, you have to buy this. It almost goes without saying, but it is startlingly beautiful. With it being such a struggle to get anything made under the Soviet regime, Tarkovsky was a filmmaker determined to make everything he committed to celluloid count, and mean something more than just the image. Hence every frame that makes it to the screen is a work of art.

Another superb offering from Criterion on the supplementary features, starting with a commentary from film scholars Vida Johnson and Graham Petrie, recorded exclusively for this release. Scoured from the archives, there is also a selection of deleted and alternative scenes. The disc comes with a series of in depth interviews, including actress Natalya Bondarchuk, cinematographer Vadim Yusov, art director Mikhail Romadin, composer Eduard Artemyev, and a fascinating piece on author Stanislaw Lem. This excellent (if sadly too short) excerpt comes from a Polish television documentary where the book is discussed, as well as Lem’s less than flattering views on the adaptation and Tarkovsky himself. Finally the disc comes with a booklet featuring an essay by critic Phillip Lopate, and an appreciation by director Akira Kurosawa.