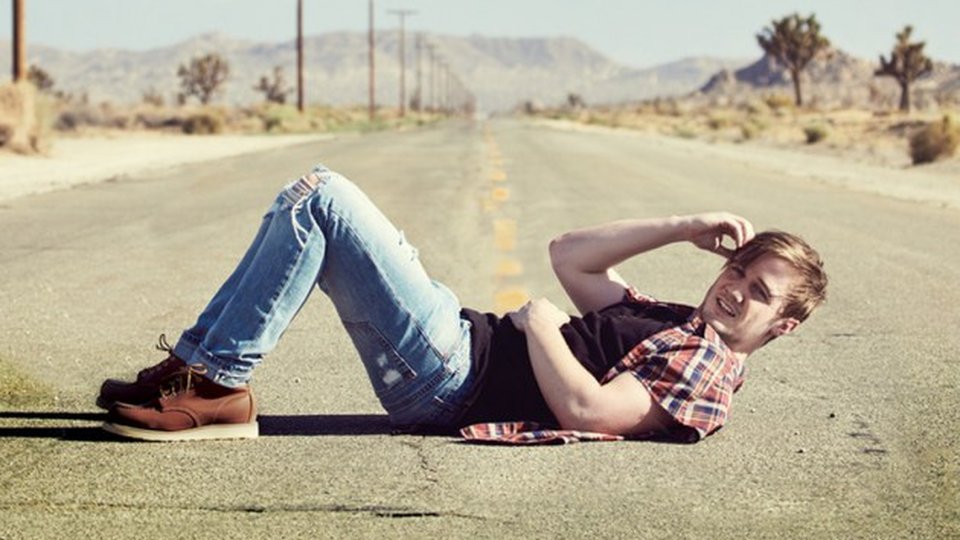 If there’s one artist at C2C: Country to Country that’s been picking up a lot of buzz it’s 23-year-old Seth Ennis. Following the recent release of his EP Mabelle, Seth has been picking up plenty of fans and over the weekend he’s been performing various sets at C2C.

Last night he took to the Yamaha Music Stage for a three song acoustic performance following Hunter Hayes’ Main Stage performance. For his set Seth selected tracks from Mabelle to showcase who he is as an artist and get his music out to the biggest audience he’s been in front of yet.

Kicking off with Fast Girl, Seth immediately brought Sam Hunt and Jason Mraz to mind. He sits comfortably somewhere between taking a similar lyrical flow to both artists but with the more Country edge of Sam Hunt. Seth’s voice is really endearing as his soft tone rides over the melody and brings a touch of soul that is becoming more and more common in contemporary Country music.

Second track Think & Drive gave Seth’s voice a little more room to breathe showcasing his vibrato and inflecting a few riffs here and there. He played the keys during the performance and for my money it was the best of the three songs he treated the audience to.

Seth brought his short set to a close with current single Woke Up in Nashville. The song has a radio-friendly edge and is a ballad that is reminiscent of Dan + Shay (who performed on the main stage earlier that day). Vocally it’s Seth’s strongest song and it makes sense as his debut single to introduce fans to his sound and his voice.

I enjoyed Seth’s performance but I’d like to hear more from him before a make a firm judgement. Following on from Dan + Shay and Hunter Hayes didn’t particularly do him any favours as his sound is similar to both of theirs so it felt like he liked a little bit of unique identity. That having been said he’s got a great voice and he shows a lot of potential so I’m going to be excited to see and hear what he does next.

In this article:C2C, Seth Ennis