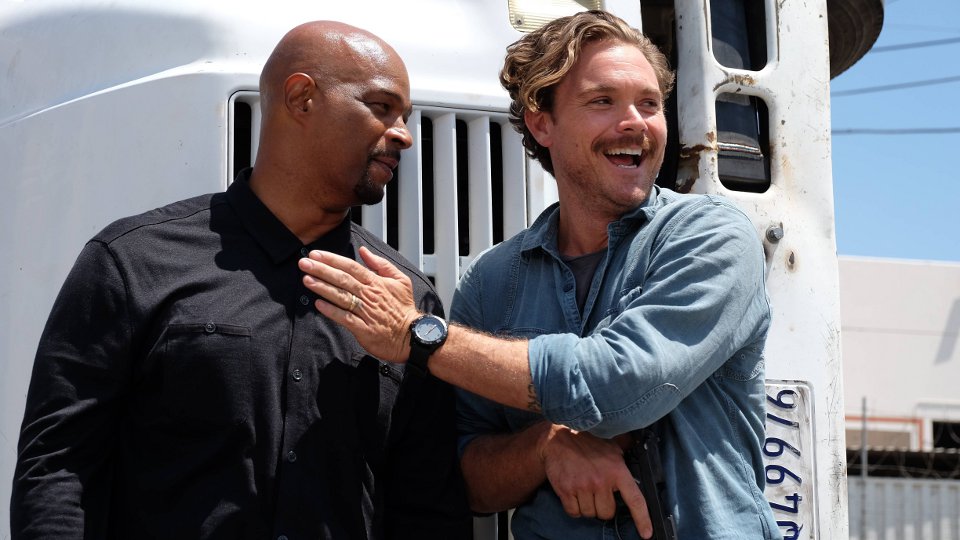 On the latest episode of Lethal Weapon, Riggs (Clayne Crawford) and Murtaugh (Damon Wayans) had to investigate a noise complaint.

The episode began with a body being found on a beach. Although on closer inspection the body was alive, it was a naked Riggs who had been out partying with himself.

Upset at the astronomical cost of the damage the pair caused in the first episode, the Captain (Kevin Rahm) sent them to investigate a noise complaint. It was definitely a much simpler task, what could go wrong?

After arriving to investigate the noise they were greeted by a female neighbour who explained that there’s a massive party going on full of drink, drugs and loud music. Suddenly gunfire was heard inside so the pair rushed headfirst into danger.

A man was killed but the pair notice something strange when investigating the scene. One reveller had been taking selfies and captured one right before the gunfire that caught a waitress turning to flee. The bullets used were a special type that split into multiple projectiles and belonged to a single type of new gun.

They found a shoe belonging to the waitress that she must have lost in the chaos and an analysis revealed that she was pregnant. Further investigation led them to believe that she was the actual target of the shooting. They were right and she was carrying the baby of an arms dealer.

At her apartment they had a look around before she came home. When she did she panicked and ran away to the roof of her building. She was stood dangerously close to the edge. Murtaugh went downstairs and watched from below as Riggs followed her up to the roof. Murtaugh spotted a sniper on an adjacent building and alerted Riggs by shooting near him. Not one to think things through Riggs took a running jump and dive tackled her straight off the side of the building. The pair crashed through a closed window into another apartment and walked away uninjured.

Riggs found himself drawn to the girl who reminded him of his wife Miranda. He promised her that he would keep her safe. He did just that by going up against the gang and caused a huge truck of fireworks to explodes during the shootout.

Elsewhere in the episode, we got to see how Riggs relies on pain to help him feel alive. Forgetting he had dinner arranged at the Murtaugh household, he found himself getting drunk in a bar. It eventually turned into a huge brawl and he got beaten half to death. Murtaugh didn’t realise and found himself upset that Riggs hadn’t shown up to try his delicious ribs.

Trish (Keesha Sharp) is obviously a big fan of Riggs and is keen to have him around for dinner. She made a request of him that he ensures that Murtaugh makes it back home safe to her each night.

At the end of the episode, Riggs and Murtaugh went out for a drink at the bar where Riggs got into a fight. They got into another one and Trish found the drunk pair sneaking around the kitchen eating ribs.

Watch the trailer for Lethal Weapon 1×03 Best Buds below:

Riggs and Murtaugh follow a violent case involving a drug cartel, theft, two killings and, unfortunately, Murtaugh’s old T.O., Ned Brower (guest star Ted Levine). As the case unfolds, it turns out that Ned is more involved than just driving the cash, which leaves Murtaugh with an inevitably dangerous decision to make. Looking for back-up, the duo turns to Cruz (guest star Richard Cabral) for help. In the midst of all the chaos, Riggs continues to depend on outside vices, rather than face the reality of Miranda’s death, while Murtaugh and Trish struggle to find alone time.