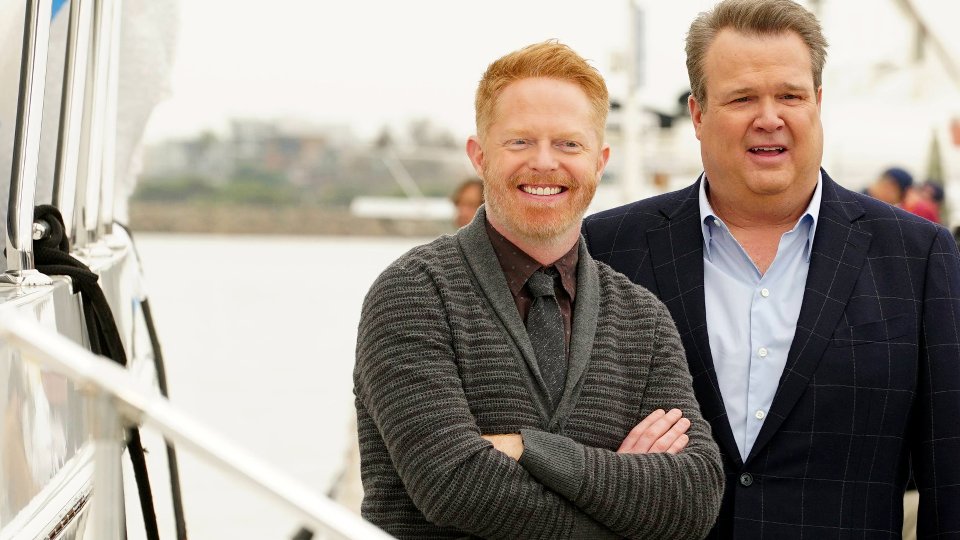 Mitch (Jesse Tyler Ferguson) and Claire (Julie Bowen) were surprised to see their parents getting along on the latest episode of Modern Family.

Jay (Ed O’Neill) and Dede (Shelley Long) came face-to-face again, this time at a relative’s wedding, and the two got on like a house on fire. Mitch and Claire looked on in horror as they’d tried to keep the two apart and it was even worse when they found out their parents had pet names for one another.

Elsewhere in the episode Cam (Eric Stonestreet) enlisted the help of Haley (Sarah Hyland) and Alex (Ariel Winter) to get revenge on a woman who blocked his view at Lily’s (Aubrey Anderson-Emmons) show, and Phil (Ty Burrell) and Gloria (Sofia Vergara) had very different ways of letting go of their sons when they took Luke (Nolan Gould) and Manny (Rico Rodriguez) to visit colleges.

The next episode of the season is Do You Believe in Magic. Phil calls upon his alter ego to inject some sizzle back into his marriage; Jay shows favoritism in his parenting; Haley and Sal (Elizabeth Banks) try to stand up to men in their lives.