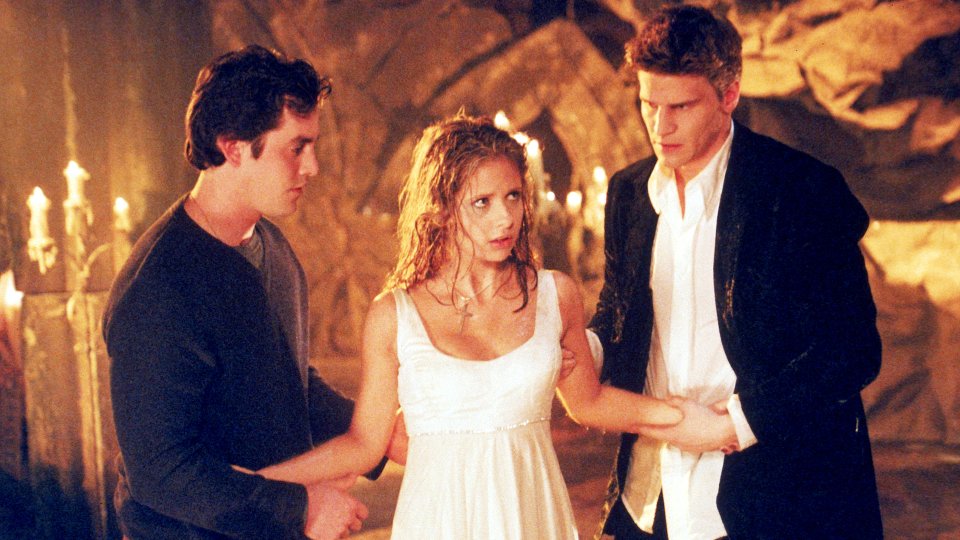 It’s the 20th Anniversary of classic TV series Buffy the Vampire Slayer today and Syfy is celebrating the iconic show throughout March and April.

Things kick off this weekend with the first of several themed weekends designed to celebrate the show. Fans can tune in to Syfy from 11am on Saturday 11th and Sunday 12th March to see Angel and Spike themed episodes.

On the 18th and 19th March the episodes will be Faith and Giles themed and the weekend following, 25th and 26th March, it’s all about Willow and Xander. Fans can tune in from 11am on each day to see classic episodes from the series.

On the 1st and 2nd April there’s a Best of Buffy Weekend kicking off at 11am on both days. From the 3rd April fans can see classic episodes weekdays at 5pm!

As if that wasn’t enough, Syfy want to know what fans consider to be the best episodes of the long-running series. You can vote by going to https://poll.fbapp.io/thechosenones and the Top 20 will be revealed during the Buffy Weekend on 1st and 2nd April.

Watch the trailer for Syfy’s Buffy the Vampire Slayer celebrations below:

In this article:Buffy the Vampire Slayer