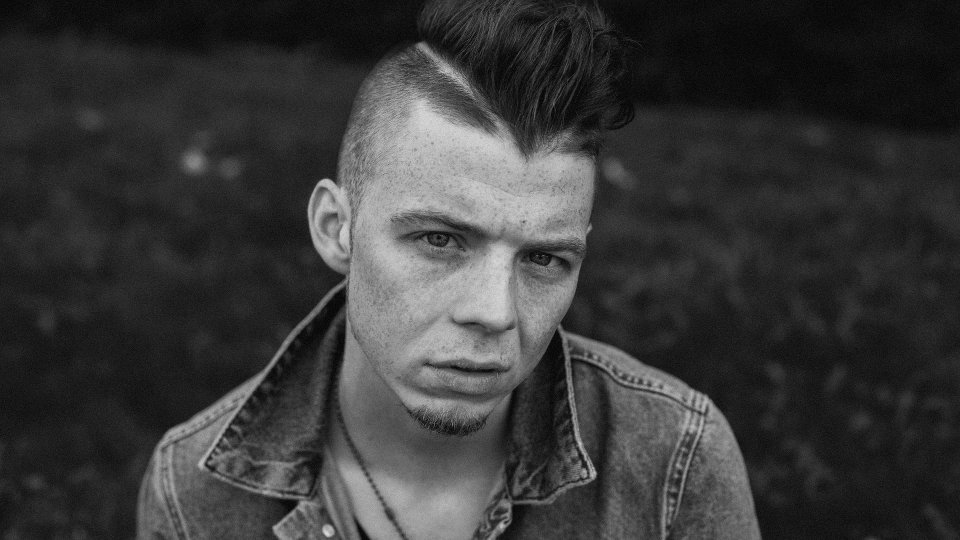 Kevin McGuire is a singer-songwriter from Glasgow, Scotland and he’ll be performing as part of the C2C: Country to Country lineup this weekend.

Performing on The Big Entrance stage on Sunday 12th March, Kevin will be performing his latest single 3am and songs from his new EP Foreign Country.

I caught up with Kevin to talk about his music, find out what he’s got planned for C2C and to discuss what else he has coming up this year.

Hi Kevin. How are you today? Where does this Q&A find you?

I’m actually on an aeroplane right now, making my way from London to Glasgow having just put the final touched on my brand new EP! I’m a little nervous, as I have a slight fear of flying, but this is taking my mind off it!

You’ll be performing on the Big Entrance stage at C2C next month How did that opportunity come about?

Ehhh cut a long story short: years of hard work and a great team around me! Luckily the organisers liked what they heard and invited me onto the festival. It’s a really nice feeling!

C2C is the biggest Country music event in the UK. How important is it as a rising artist for you to perform there?

It’s huge! Although fresh onto the scene, it feels like I’ve been waiting for an opportunity like this my whole life. It’s such a great platform for any artist to get their name out there and show not only the UK audience, but those who travel from all over, exactly what they can do!

I’m aware of the history of the festival, how important it is to deliver a good performance, and what can lead from there!

Your latest single 3am was released last November. Tell us what inspired the track and what the response to it has been like.

The process began when was down at the studio in London last year with my producer Kiz, working on some new music. ‘3AM’ just came out. The entire song, from start to finish, in one day.

The song tells of the kind of situation so many of us can relate to. Somebody puts you through a difficult break-up, and just when you finally get round to being able to forget about it, you’re moving on with your life, they get back in touch with you.

Foreign Country, your debut EP, will be released in March. What can fans expect from that?

As this is my first official full-band EP release, I try to incorporate as much of ‘Kevin McGuire’ into it as possible, really giving folk a taster of what’s to come from myself as an artist, and what my album would sound like on a bigger scale! I love mixing Country music with cross genres such as Pop and RnB. It’s such a huge part of what I do, and it’s hugely important to me to stay true to myself and my sound.

I hope that within the 5 songs, people find music they can relate to, whether they’re happy, sad, relaxed, or want to get up and dance. Trying to (incorporate) all of the into one 5-track EP was always going to be a challenge, but I took some time to choose the songs very carefully.

How did you get into Country music and why did you decide that was the right musical path for you?

I’ve been listening to Country music from a very young age. I’m not actually sure how it started, as I never grew up with anybody around me listening to it, but I just remember during my school years I’d always keep an eye on the latest Country music charts from the States, and download as much of it as I could. At times it felt like my own little world, an escape, as I didn’t know anybody else in my school listening to these artists!

I never really came to a point where I decided that I’d make Country music, it was just always naturally a part of what came out when I was writing/singing. I hate to sound cheesy, but there’s no other way of saying it than to say that I feel it’s inside of me.

Country music is finally starting to break through here in the UK with acts such as The Shires and Ward Thomas charting well. What challenges would you say there are to being a UK Country artist?

First and foremost, as it’s not one of the mainstream genres here in the UK, it’s always going to be more difficult as a Country artist, as it’s not given as much attention on the larger platforms as some of the other genres. I think over the last few years, artists like The Shires have really paved the way and broken some of those boundaries by doing so well with radio/television etc. It’s really opened up UK Country to a wider audience. It’s been great. Hopefully now other artists like myself can push through!

Which US Country stars do you look up to and why?

My all-time favourite band are Rascal Flatts, so I have to give them a mention! Gary LeVox has had a huge influence on the singing is of things. He has the twang of a Country singer, and the runs and vocal ability of an RnB artist. To me, that’s perfection right there!

I’m listening to a lot of Sam Hunt and Kane Brown at the moment. I love the way they’re combining the Pop-Rnb side of things with their Country roots. We definitely share that idea!

If you could collaborate with any artist in the world, who would you choose and why?

Again, I’d have to say Rascal Flatts! That’d be beyond a dream come true. I pretty much listen to them every day. I think we could write something special together!

What else do you have planned for the rest of 2017?

After the EP Release next month, the plan is to get up and down the country as much as possible, playing shows and introducing my music to as many people as possible! I’ve already got a few festival performances confirmed for the summer, and there will be a lot more to come in terms of new music!

Kevin will be performing at C2C: Country to Country in London on The Big Entrance stage at 12.05pm on Sunday 12th March 2017. Watch the video for his single 3am below:

Advertisement. Scroll to continue reading.
In this article:C2C, Kevin McGuire