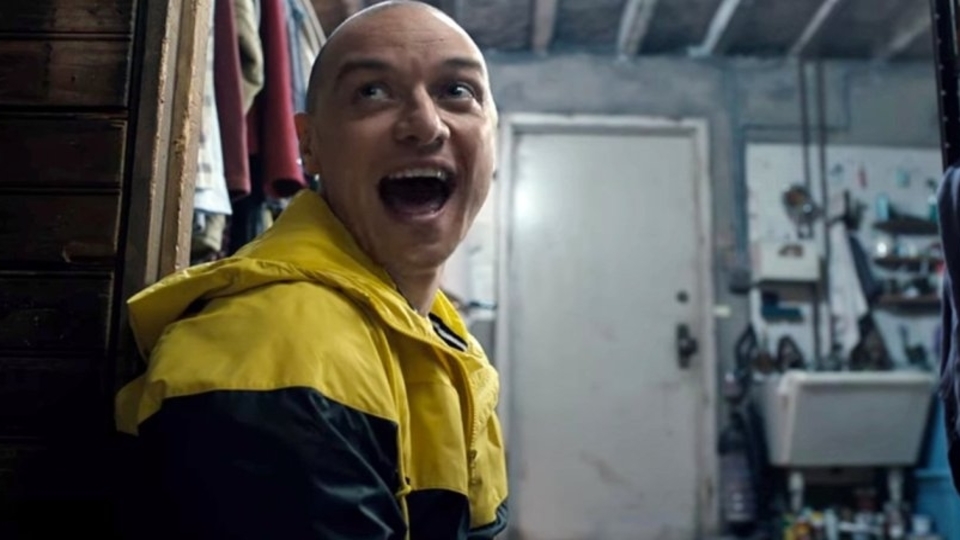 Starring James McAvoy and written and directed by M. Night Shyamalan, Split is available on Digital on 22nd May, 2017 and on Blu-ray™, DVD and On Demand on 5th June, 2017, from Universal Pictures Home Entertainment.

The frightening thriller Split delves into the mysterious depths of one man’s fractured mind as a terror unlike the world has seen prepares to be unleashed. Split offers viewers a closer look at the movie with a never-before-seen alternate ending, deleted scenes, character spotlight, and a behind-the-scenes look at the making of the film.

The list of additional content includes an Alternate Ending, Deleted Scenes, The Making of Split- Filmmakers, cast, and crew discuss what attracted them to the project and how they were able to bring such a unique premise to life, The Many Faces of James McAvoy – A look at how James McAvoy approached the challenge of playing so many different identities, The Filmmaker’s Eye – Director and writer M. Night Shyamalan has a singular, big-picture vision of his projects. Producers, cast, and crew discuss how Night’s process gives them the freedom to execute their roles to the fullest.

Kevin Crumb’s (James McAvoy) fractured mind has revealed 23 personalities, but one remains dangerously submerged, set to materialize and dominate the others. Kevin reaches a war for dominance among all those that rage within him, threatening his stability and impacting the survival of everyone around him.

Producer Marc Bienstock (Before I Fall) and executive producers Ashwin Rajan (Devil, The Visit) and Steven Schneider (Paranormal Activity series) who collaborated on The Visit, reunite with Split. The film stars James McAvoy along with Anya Taylor-Joy (The Witch), Betty Buckley (The Happening), Haley Lu Richardson (The Edge of Seventeen) and Jessica Sula (Recovery Road).

Check out the Blu-ray artwork and the film trailer below;