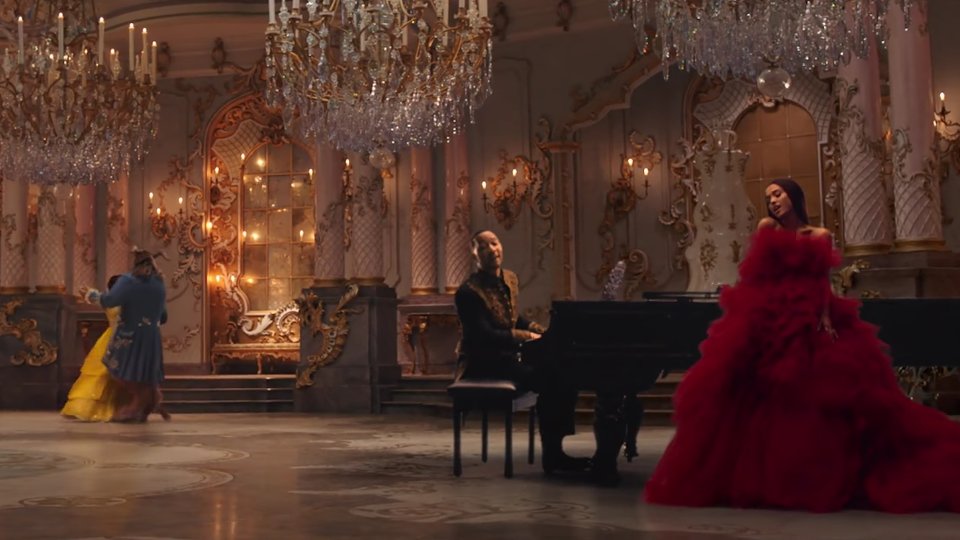 John Legend and Ariana Grande have release the music video for their remake of the classic Disney song Beauty and the Beast.

The title track from the forthcoming live action Disney movie, Beauty and the Beast was originally recorded by Celine Dion and Peabo Bryson for the animated version of the movie, released in 1991.

In the music video John and Ariana perform the track together in the ballroom of the Beast’s castle. They are joined by Emma Watson as Belle and Dan Stevens as the Beast.

Disney’s Beauty and the Beast is a live-action re-telling of the studio’s animated classic which refashions the classic characters from the tale as old as time for a contemporary audience, staying true to the original music while updating the score with several new songs. Beauty and the Beast is the fantastic journey of Belle (Emma Watson), a bright, beautiful and independent young woman who is taken prisoner by a beast (Dan Stevens) in his castle. Despite her fears, she befriends the castle’s enchanted staff and learns to look beyond the Beast’s hideous exterior and realize the kind heart and soul of the true Prince within.

Beauty and the Beast is released in UK cinemas on 17th March 2017 and the song is available to download and stream now.

Watch the video for Beauty and the Beast below:

In this article:Ariana Grande, Beauty and the Beast, John Legend