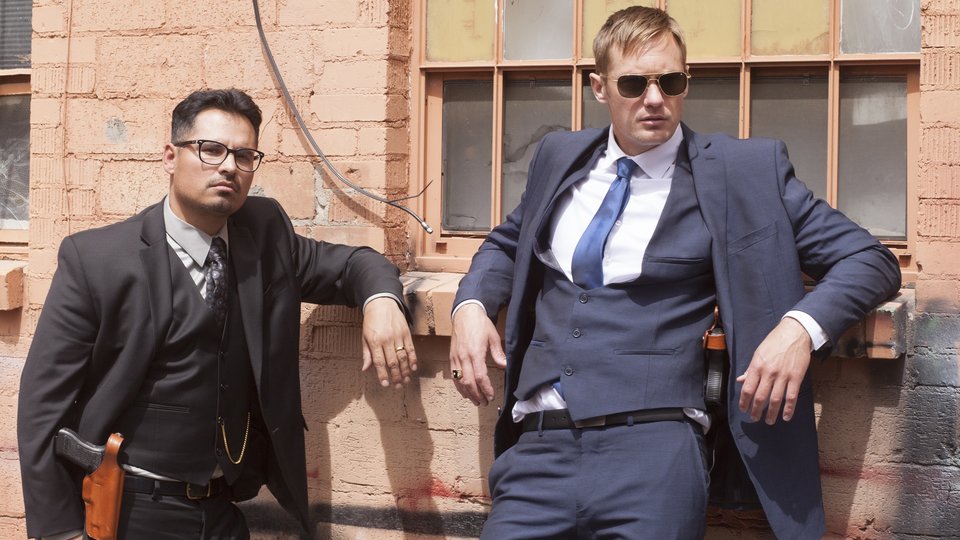 It’s so rare to get a decent cop duo these days, but in Alexander Skarsgård and Michael Peña we finally have a successor to Will Smith and Martin Lawrence’s Bad Boys. War on Everyone is a crescendo of attitude, action and laughs that is simply stunning. Writer/Director John Michael McDonagh, who delivered the stellar Brendan Gleeson movies Calvary and The Guard, turns his hand to 70s-inspired cop thrillers with more than a decent dose of rude, offensive and damn funny comedy.

Terry Monroe (Skarsgård) and his partner Bob Bolaño (Peña) are two corrupt cops in modern day New Mexico who set out to blackmail, rob and extort every criminal that crosses their path. But when a particularly nasty British crime boss named Lord James Mangan (Theo James) enters the picture, the stakes raise considerably.

War on Everyone won’t be to everyone’s taste so if you’re easily offended this clearly isn’t for you. For everyone else, it’s simply magnificent and easily one of the most entertaining films of the year. The biggest reason this works is the rousing and raucous rapport between Skarsgård and Peña. This is easily the best role Skarsgård has ever been offered. Peña delivers his usual brand of laconic wit with a big payoff and crucially, they have your constant support throughout – even though they do bad things with alarming regularity. It’s their friendship that really shines through here.

Gripping, exhilarating and utterly intense, this hits every note perfectly. The action is magnificent, the film oozes style, it has a European-Indie sensibility to comedy that allows the performers to deliver something special and, at times, it’s incredibly dark too. There are sensational supporting turns throughout from the likes of Tessa Thompson as a former exotic dancer who likes Terry, Stephanie Sigman as Bob’s philosophical wife Delores, sitcom king Paul Reiser as the cops long-suffering boss and Caleb Landry Jones as a particularly creepy and memorable henchman. They are complimented by Theo James, who clearly relishes the chance to play out of his comfort zone, and the hilarious comedy pairing of Malcolm Barrett and David Wilmot as hapless low-level informants.

These characters are too good to not revisit again so I hope McDonagh writes a sequel quite soon. This kind of electric chemistry doesn’t come around very often, especially in the buddy-cop sub-genre. An action-comedy bursting with invention, style and swagger, War on Everyone is one of the most original films of the year with razor-sharp wit, sensational action and sublime laughs liberally sprinkled out. Skarsgård & Peña are sensational and help deliver an unmissable cinema experience.