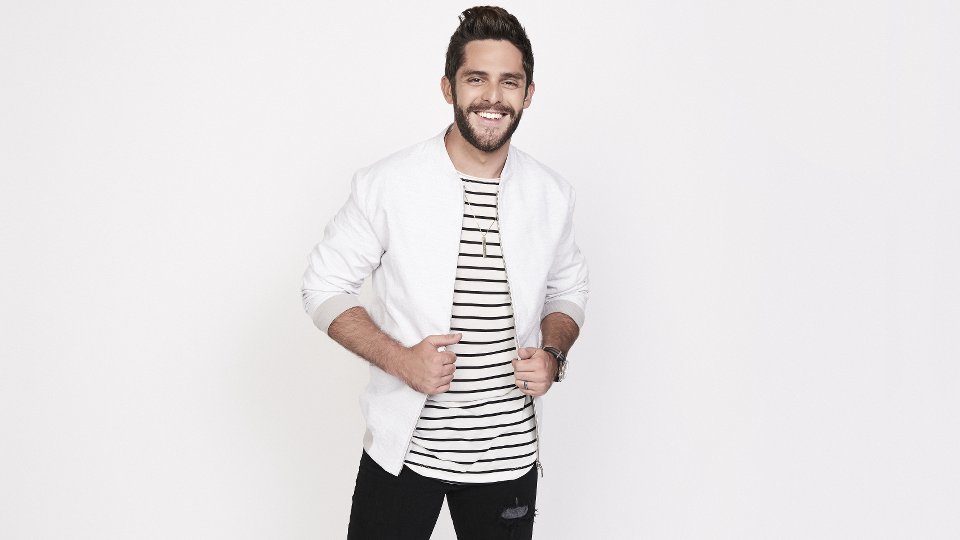 Thomas Rhett continues to soar on radio as his latest single Star of the Show hits number one.

Topping both the Billboard Country Airplay and Mediabase radio charts, Star of the Show is Thomas’ fastest-rising single and his seventh career number one. The song has also held on to the top position on Canada’s Mediabase Country Radio Chart for a second week.

Star of the Show is taken from Thomas’ recently repackaged Tangled Up Deluxe, and is the fourth song from the record to hit number one. It was co-written by Thomas Rhett, Rhett Akins and Ben Hayslip, and is an ode to Thomas’ wife.

“I was in Houston this weekend for the Super Bowl when I got the news,” said Thomas Rhett. “It made for a really fun start to the game, even though my Falcons didn’t pull through in the end! I’ve always known this song needed to have its moment, so it’s really sweet to be able to celebrate it now and with Lauren and my dad.”

Thomas will kick off his first-ever headlining 2017 Home Team Tour on 23rd February in Saginaw, MI. He will return to Europe for dates later this year and make his debut headline run in Canada.

For a full list of upcoming tour dates visit www.thomasrhett.com. Watch the video for Star of the Show below: