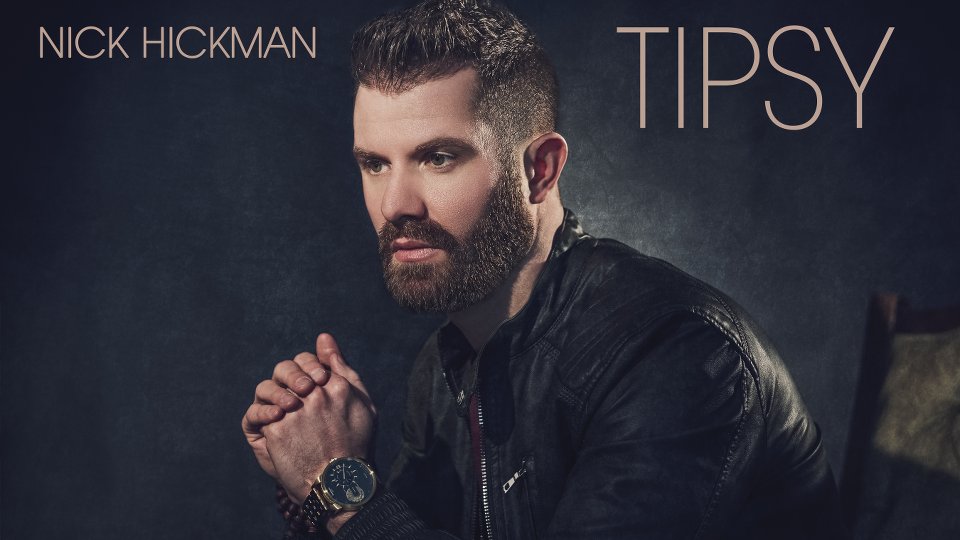 Rising Country star Nick Hickman has unleashed his new single Tipsy and it’s one hell of a catchy track!

The first single to be lifted from Nick’s new EP Let Em Speak, Tipsy features strong rhythms while showcasing Nick’s ability to deliver an R&B-infused vocal that sees him giving Sam Hunt a run for his money.

Tipsy is a song about trying to get over someone but being unable to shake them off. It’s relatable, catchy and sure to pull at your heart strings as Nick’s soaring smooth vocals seduce your ears and draw you in.

Nick lists his musical influences as Justin Timberlake, Travis Tritt, George Strait, Luke Bryan, Boys Like Girls, and The Fray. “All of those guys bring something different to the table…whether it’s insane vocals, an energetic performance, or powerful songwriting, or a combination of all three. Those are all things that I aim to bring as well.”

You can certainly hear the best of those influences in Tipsy but Nick puts his own stamp on the track making sure you know it’s him that you’re listening to.

Let Em Speak features four songs and Nick has been busy in the studio putting the finishing touches to it. It’s certain to make him stand out in the Country music genre and if Tipsy is any indication of what’s to come, Nick is likely to have a very successful 2017.

If you’re not too familiar with Nick yet, head over to his website www.thenickhickman.com to find out more about him

Take a listen to Tipsy below:

Advertisement. Scroll to continue reading.
In this article:Nick Hickman