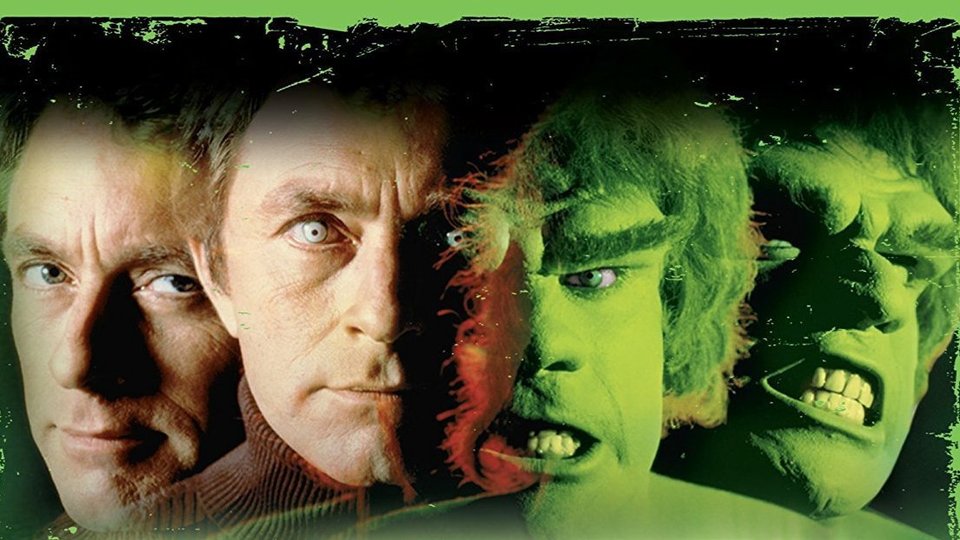 Bursting from the Marvel comic book pages into this fully restored and high definition 16-disc Blu-ray set, The Complete Collection of The Incredible Hulk boasts every episode from all 5 seasons and includes the two original feature-length films and some awesome bonus material.

Richard Kiel (James Bond’s Jaws) was the original Hulk in The Incredible Hulk pilot but as filming began, producers felt he wasn’t muscular enough and so the scenes were re-shot with Lou Ferrigno playing the role. Kiel can still be seen in one brief high-angle shot of the Hulk looking up a tree. Arnold Schwarzenegger was considered for the role but was reportedly not tall enough at 3” smaller than Lou Ferrigno’s 6′ 5”.

Lou Ferrigno said that he had become so frustrated on the set one day that he stormed off and drove home while still wearing his full Hulk make-up and costuming. Ferrigno added that the sight of him resulted in a passing motorist having an accident.

Producer Kenneth Johnson wanted the Hulk’s skin colour to be red, believing that it would reflect the character’s anger. However, Stan Lee rejected the idea. Lou Ferrigno spent much of his time on set in a refrigerated motor home to stop his green makeup sweating off.

The Hulk’s growls and snarls were put on after filming by Ted Cassidy (Lurch in The Addams Family) in the first two seasons and by Charles Napier after Cassidy’s death along with dubbed animal growls. Cassidy was also narrator of the show’s opening credits.

Ferrigno lost 80% of his hearing due to an ear infection at the age of three, he has had a prestigious career as a bodybuilder winning Mr America and Mr Universe (twice).

The Hulk often wore green slippers to protect his feet in outdoor scenes. These are most noticeable in “Terror in Times Square”.

For your chance to win one of 2 copies on Blu-ray, simply answer the following question below.

In this article:Competition, Hulk, The Incredible Hulk