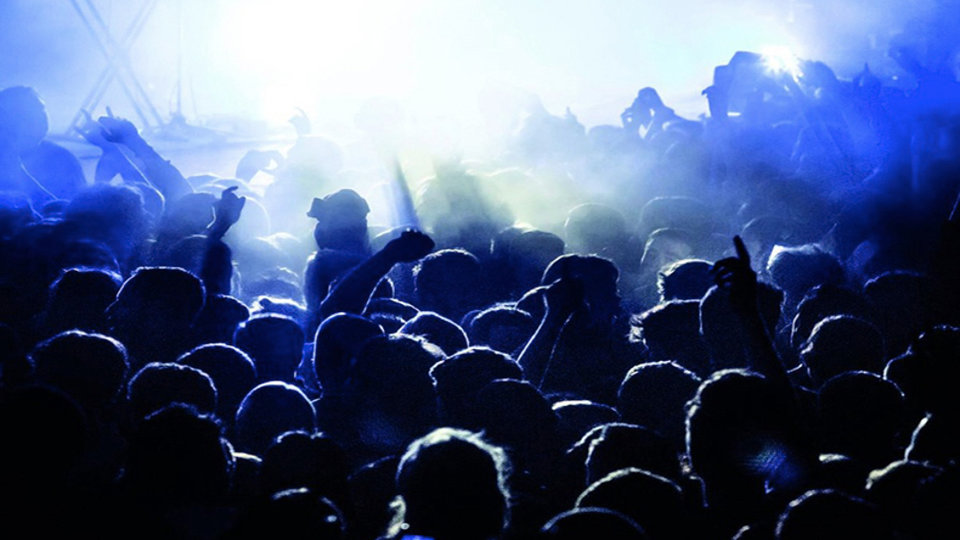 New Year’s Eve is always meant to be how we end and start a year and this year more than ever people are aching for the perfect way to do this. EF’s been looking at all the parties that are on offer this weekend and anyone holding tickets for these are in for a treat. Keep reading to find out what events made our top 10.

Following a standout year for the breakthrough trio, Disciples have chosen to celebrate the New Year with the launch of a new collaborative project with Together, The Following.

The past year has witnessed several chart-topping releases, festival performances at Glastonbury, South West Four, Reading & Leeds, Exit and Made In America, plus they became the first artists to receive Pete Tong’s Essential New Tune, Annie Mac’s Hottest Record In The World Right Now, and Danny Howards Future Anthem, within the same 24 hours.

In a year where the world lost its mind a little, CRUISE CONTROL is inviting all to enjoy a final bit of chaos this New Year’s Eve. Featuring established and emerging DJ and producer talent from across the UK and spinning everything from crunching Italo Disco and jagged Post-Punk to cosmic Synth Jams, crisp House & Techno and even a Power Ballad or two. Taking place in Peckham’s coolest venue; The Four Quarters, an arcade bar that rings with the sounds of Street Fighter and Outrun, CRUISE CONTROL pays homage to a childhood spent trying to beat your high score.

7. Bongo And The Beanstalk – Camp and Furnace

Bongo’s Bingo has been selling out events throughout 2017 on home turf as well as Manchester, Leeds, Newcastle, Birmingham and Glasgow, with lucky guests winning everything from fully working cars to Henry Hoovers. Guests with a distinctly iconic standing – from David Hasselhoff to 5ive and S Club 7 – have all taken centre stage, along with the team taking the mayhem to Creamfields and Parklife and more festival news to come in the New Year.

The irrepressible Bongo’s Bingo, the UK-wide phenomenon which started in Liverpool less than two years ago, is launching its brand new festive panto show next week in the city on Tuesday 13th December. And with the first ten shows selling out in record time, the guys have released a further four shows which are now on sale, from Weds 28th, Thurs 29th, Fri 30th to the last show on NYE Sat 31st Dec.

It is with great pleasure that electronic music veteran DJ Koze will headline this years New Years Eve celebration.

Described as one of the most integral musicians in dance music, Stefan Kozalla aka DJ Koze has forged a trailblazing career with his revered future thinking productions and fabled DJ sets which are an experience all of their own.

We can think of no better way to bring in the new year than with one of the most revered and original DJs on the circuit.

Oval Space continues its tradition of hosting heavy-hitting techno lineups and NYD will be no different in 2017. M-Plant founder, Underground Resistance alumni, Detroit techno pioneer: Robert Hood is a true legend of the 4/4 form, as active and relevant now as 25 years ago. The man behind seminal techno labels Hardwax and M-Plant, Robert Hood also founded Underground Resistance with contemporaries Mike Banks and Jeff Mills. Along with Mills, Hood left UR in 1992, switching the Motor City to New York City, and began to develop a production style that combined Detroit rawness with a minimal Berlin aesthetic.

New Year’s is always a particularly busy time of the year for The Pickle Factory, and 2016 will be no different. In addition to its double venue event on NYE, and the start of a new in-house party series Get Pickled on NYD, it will also host the return of Percolate’s Breakfast Club on NYD morning. This time round, the lovely new resident Jane Fitz will take the reins for a 5 hour session – quite appropriately starting the year with The Pickle Factory – as well as Saoirse, Mr Solid Gold, Park Ranger and Milky.

Closing the curtains on a year that opened the world up to elrow beyond its Barcelona base, the crew continue to set a new gold standard with five parties this New Year’s Eve and New Year’s Day. Continuing to reflect the rave renaissance with numerous festival takeovers, their Space Ibiza residency and an array of global club showcases, the eclectically colourful brand will now spread across Spain, Amsterdam, Italy and Dubai to celebrate New Year’s 2017.

The cornerstone party in Tobacco Dock’s hugely decorated event calendar, LWE are set to host another incredible New Year’s Day celebration with an all star cast of house legends including Carl Cox, Hot Since 82, Dubfire and many more. For those with serious party stamina, this one’s for you.