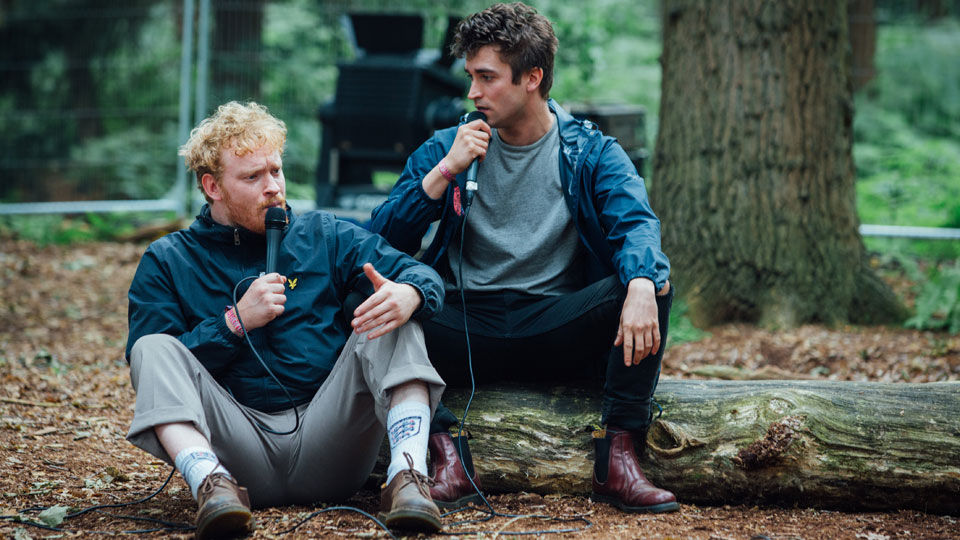 In an exhilarating first time collaboration between Pinter Commission winning Brad Birch and BAFTA-nominated Kenneth Emson, This Must Be The Place makes its London premiere at Vault following an acclaimed debut performance at Latitude Festival 2016, from Wednesday 8th February – Sunday 12th February 2017. The production is staged by Poleroid Theatre – the company behind triple Off West End Award nominated Free Fall by Vinay Patel and the nationwide new writing platform Write It: Mic It.

Adam, a young Londoner in the midst of crisis, desperately tries for a clean break from technology, love, connectivity and the pressures of city life in an attempt to find home. A million miles away, or perhaps not so far, two friends try to start again in the big smoke as fugitives from their problems, but find they are still waiting on the margins.

Two short ballads about being alive and not… This Must Be The Place is a story about migration, missed connections and life on the edge of respectability. It’s about where we are now and whether we are really living. It is both frantic and funny, quiet and thoughtful, sometimes bleak, but never without a sense of hope.

This Must Be The Place expertly interweaves these two stories together but director Justin Audibert also leaves audiences to make their own connections between the plays and character’s stories – are they intertwined or aren’t they? The stories are brought to life by a talented ensemble of four actors using Poleroid’s trademark theatre combined with live gig.

Kenneth Emson and Brad Birch put the financial and emotional stress of young adults in the UK today in the spotlight. This Must Be The Place seeks to explore whether we can truly cope with the pressure of expectation, success, forced connectivity and an overload of information in our technological age, or if this is significantly contributing to mental instability and displacement.

Director Justin Audibert comments, “Kenneth and Brad are two of the most urgent yet humane playwrights working today. Their work explores the dark undercurrents of life in the 21st Century but does so from the perspective of those on the margins whose stories we rarely get to hear. They are also artists whose work challenges the boundaries of what the live experience of theatre can be.”

Advertisement. Scroll to continue reading.
In this article:This Must Be The Place, Vault Festival