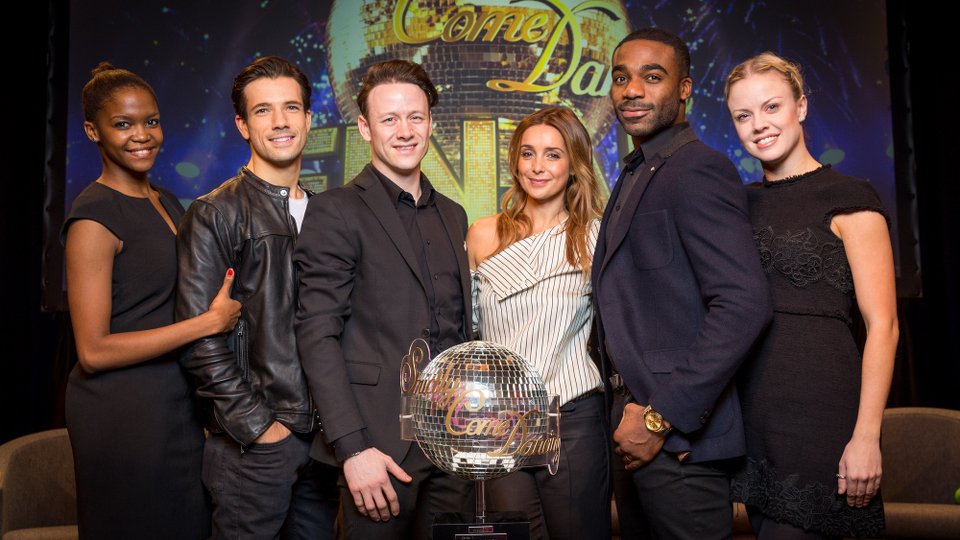 Strictly Come Dancing 2016 reaches its grand final tonight with three couples fighting it out to take home the Glitterball Trophy.

Each of the couples – Danny Mac & Oti Mabuse, Louise Redknapp & Kevin Clifton and Ore Oduba & Joanne Clifton – will dance three times during tonight’s epic live final. They will be dancing their Favourite Dance of the series, a Showdance and the Judges’ Pick.

The competition is so close this year it’s really difficult to guess who will win the series.

Find out what everyone is dancing by reading on…

Ore and Joanne will dance a Jive to “Runaway Baby” by Bruno Mars.

Danny and Oti will dance a Samba to “Magalenha” by Sergio Mendes.

Louise and Kevin will dance an Argentine Tango to “Tanguera” by Sexteto. Mayor

Ore and Joanne will be performing to “I Got Rhythm” by George and Ira Gershwin.

Danny and Oti will be performing to “Set Fire To The Rain” by Adele.

Louise and Kevin will be performing to “One Moment in Time” by Whitney Houston.

The Judges’ Picks are being kept tightly under wraps and will be revealed during tonight’s live show.