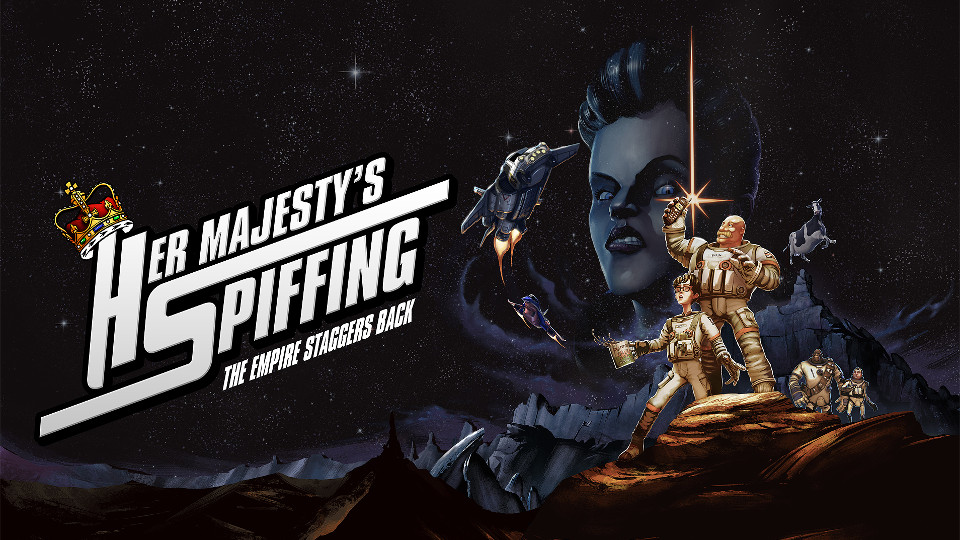 BillyGoat Entertainment have announced that Her Majesty’s SPIFFING (that’s the Special Planetary Investigative Force For Inhabiting New Galaxies) has launched on Xbox One and PC. The release comes just over two years after a successful Kickstarter campaign.

Her Majesty’s SPIFFING sees you slip into the space boots of Captain Frank Lee English, a quintessential Englishman sporting impeccable manners, a taste for Earl Grey and an unwavering love for Britannia.

Accompanied by Sub-Lieutenant Aled Jones you’ll take to the galaxy on board the HMSS Imperialise in this modern interpretation of a classic point-and-click adventure where puzzle solving is intermingled with some hilarious wit and sharp one liners.

Watch the latest trailer for Her Majesty’s SPIFFING below:

Her Majesty’s SPIFFING features a mixture of physical and mental puzzles and often somewhat self-deprecating humour. The developers says that it’s about as British as a game can be, deftly undermining everything we hold dear about coming from this damp collection of islands in the darkest corner of Europe from start to finish.

Her Majesty’s SPIFFING is available now as a digital download on Xbox One and PC via Steam. It will be coming to PS4 on Tuesday December 13th.

Check out the official BillyGoat website for more information.

View some screenshots of Her Majesty’s SPIFFING in our gallery: