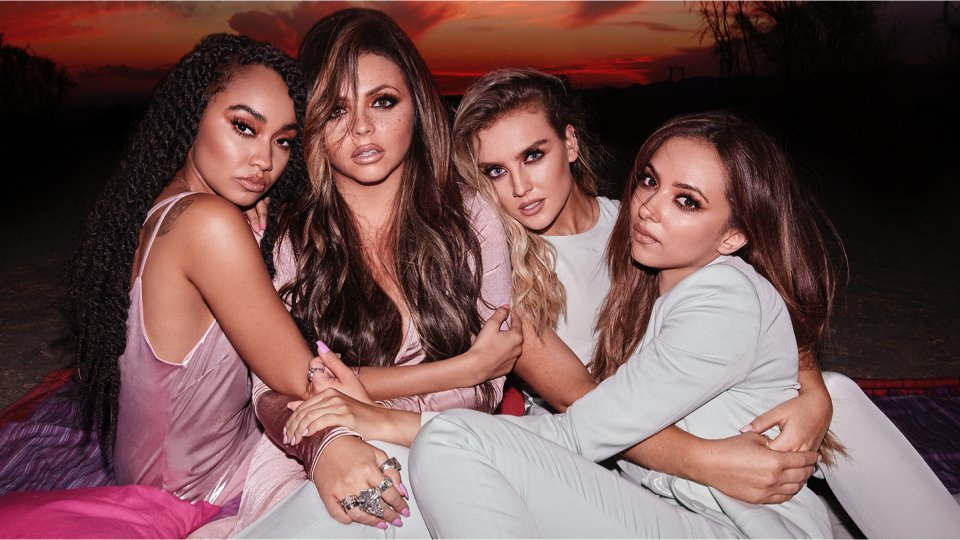 Little Mix remain the only group to have won The X Factor. Following their victory in 2011, the group went on to release their platinum-selling debut album DNA. Their second album Salute, released in 2013, was also certified platinum but fell short of the sales for DNA. Things were looking a little uncertain for the future of the group but that all changed when they scored their best-selling and highest-charting album to date with Get Weird in 2015. The huge success of Black Magic, which became the group’s third number one single, and the performance of singles Love Me Like You, Secret Love Song featuring Jason Derulo and Hair feat Sean Paul, helped the album sell over 600,000 copies in the UK alone.

Having recently scored their fourth number one with Shout Out To My Ex, Little Mix finally hit the top of the charts with the release of their fourth studio album Glory Days. The group also scored their highest first week sales of their career shifting almost 100,000 copies of the album in the UK. After spending their first two albums experimenting with their sound, Little Mix seem to have found their niche and Glory Days builds on the success of Get Weird. Musically the girls stay in the pop and R&B realms but they add a few influences from other genres such as hip-hop and trap to give their sound more of an edge.

The album kicks off with Shout Out To My Ex, which is one of the best singles the group has released to date, and it sets things up nicely. The themes on the album are more adult than we’ve heard from the girls before as they explore heartbreak, empowerment and the importance of loving yourself. Touch, quite likely the next single from the group, is a catch song with an almost reggaton beat and soaring harmonies. It’s a punchy track and one that shimmers with confidence.

Elsewhere on the album Little Mix revisit the vintage sound they tried during Love Me Like You for the thinly-veiled middle-finger salute of F.U., they push their sound into a harder hip-hop sound for Down & Dirty, and handclaps drive the dreamy ballad No More Sad Songs. The most surprising moment on the album comes on the raucous Power with the girls giving their best vocals to date. It’s an in-your-face, punchy slice of pop that sticks with you after you’ve heard it for the first time.

The Deluxe Edition of the album also features an acoustic version of Touch, the very naughty ode to sex Beep Beep, and the attitude-laden Freak.

Glory Days is proof that Little Mix have their eye on being the biggest girl group not only in the UK, but the world. The collection is confident, feisty and bursting with personality, and it could well be their finest work to date. With a huge arena tour planned for 2017, the only way is up for the girls and if they keep making music like this they’ll see their popularity increase rapidly.