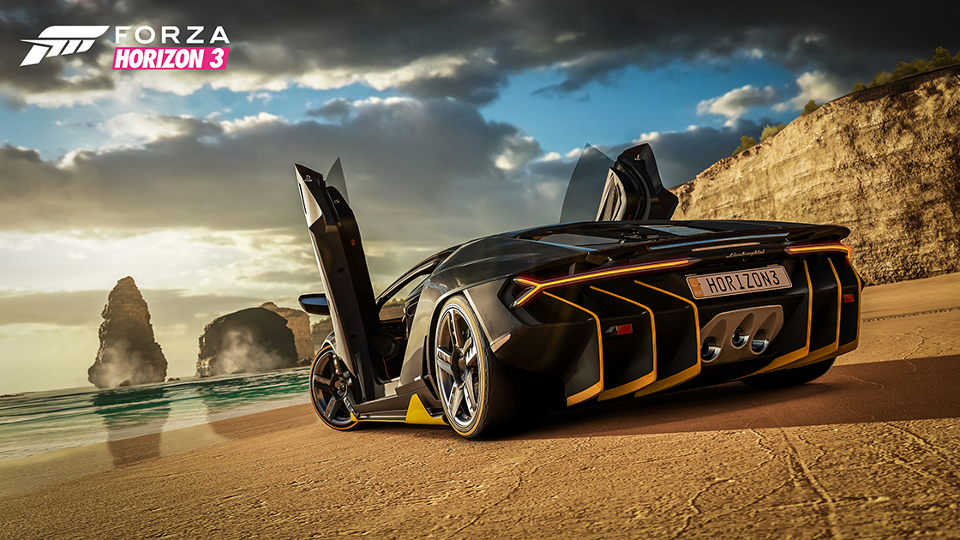 This year Xbox One gamers have been spoilt with an incredible selection of titles to choose from. As well as a fantastic choice of multiplatform titles some of the best gaming on Xbox One is to be had from their exclusive titles.

If you’re buying for an Xbox One gamer this year then there’s no better present than brand a new game for their beloved console. We’ve picked ten of our favourite Xbox One exclusives below.

Check out our multiplatform gift guide and stay tuned to EF for games gift guides for other consoles. You should also look out for our suggestions for Xbox 360 games that work on Xbox One via backwards compatibility.

Age Rating: 3+
The third game in the series is the best and one of the essential titles for car racing fans. This time Australia is your playground with over 350 cars, 4-player online co-op and plenty of new modes to keep you entertained.

Age Rating: 18+
A new trilogy kicks off and this time you take the role of JD Fenix, the son of Marcus Fenix. Featuring a brilliant campaign, 2-player local or online co-op and online versus multiplayer. A great choice for fans of the series or just those who love shooters. Play before the end of the year and get the previous trilogy plus Judgment free via Xbox Live. Great value.

Age Rating: 16+
After a troubled release two years ago, 343 Industries worked incredibly hard to put everything right. It’s one of the best value for money collections you can buy. Featuring Halo: Combat Evolved Anniversary, Halo 2: Anniversary, Halo 3, Halo 4, digital series Halo: Nightfall and you can also add-on Halo 3: ODST. After the campaign there are over 100 multiplayer maps to keep you busy online with friends and enemies.

Age Rating: 16+
Master Chief is back with his first new Halo game for Xbox One. This time he’s bringing his fellow Blue Team Spartan-IV’s. He’s also gone rogue so gamers will need to track him down with Jameson Locke and Osiris Team. Featuring 4-player online co-op and the best Halo multiplayer yet. Read our Halo 5: Guardians review to see what we thought of the game.

Ori and the Blind Forest

Age Rating: 7+
One of the best platformer games around, Ori and the Blind Forest will captivate players with its beautiful artwork and stunning audio.

Age Rating: 16+
This collection features 30 classic games developed by Rare. From their early titles such as Jetpac and Sabre Wulf to Battletoads Arcade and more recent titles like Kameo: Elements of Power and the wonderful Viva Piñata. There’s something here for everyone. There’s also 10,000 Gamerscore points up for grabs for Achievement hunters.

Age Rating: 12+
ReCore is by legendary creator Keiji Inafune and the makers of Metroid Prime. As one of the last surviving humans, players must build an army of Corebots to help save mankind.

Age Rating: 18+
One of the Xbox One launch titles is still one of the best looking on the console. Players take the role of Roman Soldier Marius Titus who must avenge the deaths of his family and save Rome.

Age Rating: 16+
The debut Xbox One title from Insomniac games. A contaminated energy drink has transformed the population into toxic mutants. The movement in Sunset Overdrive is incredible as you battle the mutants to save Sunset City. Great choice for action fans.

What games are you hoping to find under the Christmas tree this year? Let us know your favourite Xbox One exclusive game suggestions for Christmas in the comments below.

In this article:Christmas, Games, Gift Guide, Xbox One