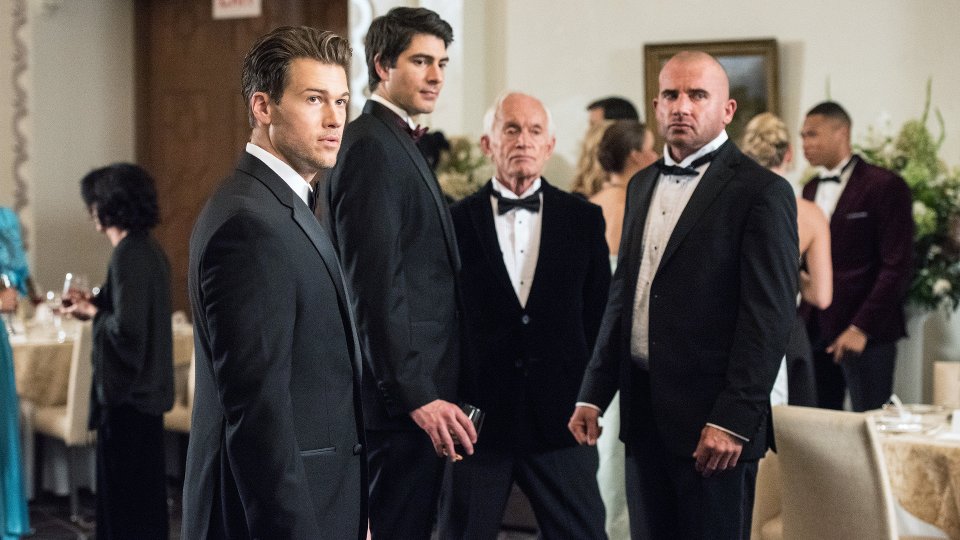 The Legends came up against Confederate zombies on the latest episode of DC’s Legends of Tomorrow.

The team tried to find a time pirate stranded in the American Civil War and they met a man called Henry Scott (Warren Belle). He revealed that he was a Union spy who was attempting to steal Confederate battle plans and he asked Jefferson (Franz Drameh) to complete his mission before he was killed.

Mick (Dominic Purcell) was infected with the zombie virus leaving Ray (Brandon Routh) and Stein (Victor Garber) racing against time to save him. They managed to create a cure and bring him back from the brink in time.

Elsewhere in the episode Amaya (Maisie Richardson-Sellers) teamed up with Jefferson to steal the plans, Sara (Caity Lotz) concocted a plan to use Nate’s (Nick Zano) abilities to defeat the zombies, and Ray was given Leonard Snart’s (Wentworth Miller) cold gun by Mick.

The next episode of the season is Compromised. When the Legends trace a timequake to the White House, they are shocked to discover their old enemy Damien Darhk (Neal McDonough) is an advisor to Ronald Reagan.