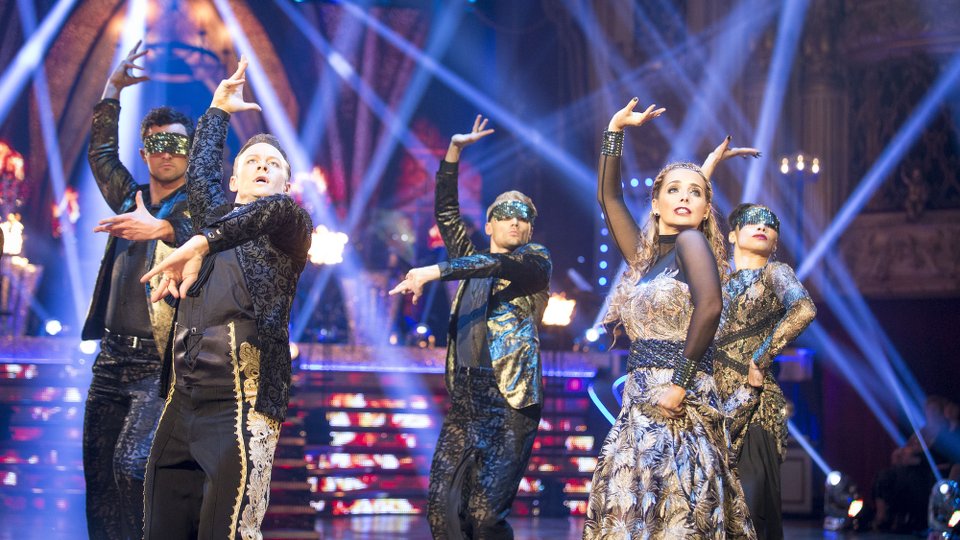 Always a highlight of the series, the performances were bigger and better than ever. Ed Balls was lowered in from the ceiling while playing piano, Danny Mac out-classed everyone and Louise Redknapp delivered her most powerful performance yet.

I’ve selected the 5 dances that got me excited and as always I don’t necessarily pay attention to the leaderboard or the judges’ comments.

Find out who made the cut in Blackpool…

I thought Ed was underscored for his effort last night. His Jive was full on, entertaining and he showed that his dancing is improving. He kept up with Katya and performed with gusto.

Claudia led a very intricate and complex routine backed by a troupe of dancers. She is one of the most improved dancers in the competition and it looks like she may have a path to the final.

Ore continued to be on strong form this week with his gorgeous Viennese Waltz. I absolutely adore his partnership with Joanne and love that he comes back fighting every single week.

Louise continued to step it up last night, delivering her most powerful performance to date. Kevin is know for his remarkable Paso Doble’s and this routine was his best yet. Louise was in control, technically superb and very, very powerful.

Danny picked up the first full marks of the series and to be honest it’s been a long time coming. His Charleston with Oti was different from the norm and that’s why it was so wonderful. Danny is a natural and his skill is way beyond any of the other celebs in the competition.

Strictly Come Dancing 2016 continues tonight at 7.15pm on BBC One.