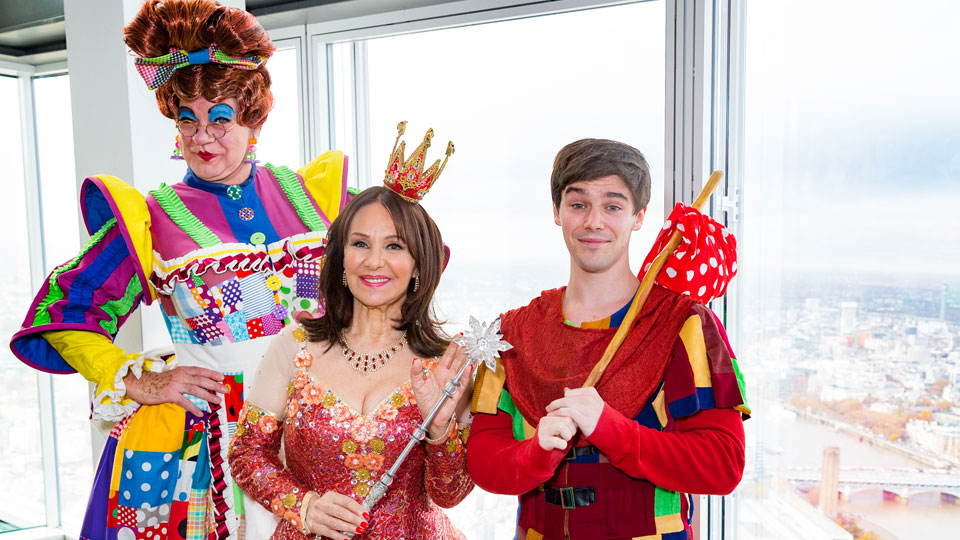 Arlene Phillips is a world renowned choreographer. Her previous theatre credits include The Wizard of Oz, Flashdance, The Sound of Music, Starlight Express, Grease, Saturday Night Fever, We Will Rock You and Jackie. Arlene has also achieved mainstream fame as a judge on television talent shows including BBC One’s Strictly Come Dancing and So You Think You Can Dance?

Joining Arlene on stage is award-winning actor Matthew Kelly who returns to New Wimbledon Theatre to play Sarah the Cook. Television credits include Dickens’s Bleak House, ITV’s Benidorm and the crime thriller series Cold Blood. On stage his credits range widely from Shakespeare to musicals – Lend Me A Tenor, Spamalot, Legally Blonde, Twelfth Night, Troilus and Cressida, Waiting for Godot, Pride and Prejudice and Of Mice and Men, for which he won an Olivier Award. Matthew was praised by critics and audiences alike for his previous roles as one of the Ugly Sisters in Cinderella and Widow Twankey in Aladdin, both at New Wimbledon Theatre.

Joining Arlene and Matthew is award-winning comedian Tim Vine as Idle Jack. Tim has had many of his own sell-out national tours and won many awards including the Perrier Newcomer Award in 1995, The Funniest Joke at the Edinburgh Fringe in 2012 and 2014 and he is the former world record-holder for most jokes told in an hour (a whopping 499!).

Chief Executive of First Family Entertainment, Kevin Wood, had the following to say on the casting news, ‘We are so delighted to once again be introducing great talent to the world of pantomime with Arlene Phillips making her debut. Alongside seasoned pantomime performers Matthew Kelly and Tim Vine, this is a dream combination; it’s going to be a fantastic show. Pantomime at its best.’