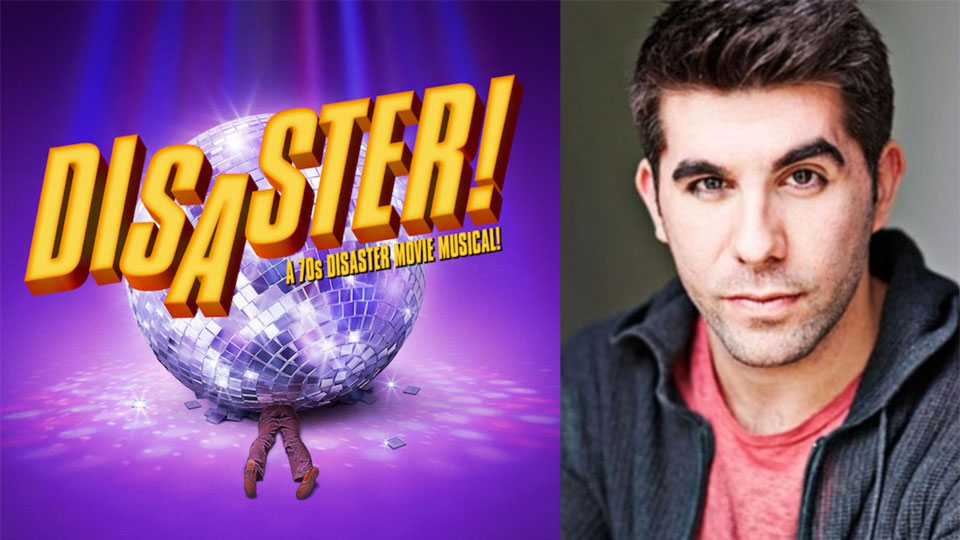 West End star Simon Lipkin has joined the cast as rehearsals have begun for the London premiere of the Broadway musical DISASTER! You can see it at the Charing Cross Theatre at 4 pm or 7.30 pm on Sunday 20th November.

You’ll know West End star Simon Lipkin for playing Nathan Detroit alongside Rebel Wilson in Guys & Dolls, the title role in The Lorax, Barlow the Dog in I Can’t Sing, Lonny in Rock Of Ages, and Trekkie Monster in Avenue Q.

Seth said: “We love our newest cast member, Simon Lipkin. How dare he be so young and so talented! Director Jack Plotnick and I are so thrilled with all our Disaster! actors. When we came to Broadway, there was very nice buzz about the show having an all-star cast. We can’t believe we’re now lucky enough to get an all-star British cast for the West End version! And we are so blown away by so many things: the warmth of everyone involved, the incredible creativity/hilarity they’re showing in rehearsal, the crazy amazing singing voices, and the unbelievable work ethic. British people seem to think it’s “rude” to take a break. Jack actually questioned if water goes through British people like it does Americans because so far, no one’s needed to pee!”

It’s 1979 and New York’s hottest A-listers are lining up for the opening of a floating casino and discotheque. But what begins as a night of boogie fever quickly changes to panic as the ship succumbs to multiple disasters, such as earthquakes, tidal waves and infernos. As the night turns into day, everyone struggles to survive and, quite possibly, repair the love they’ve lost…or at least escape the killer rats! Set in the wildest decade ever, DISASTER! is packed with unforgettable 70s dance floor hits including I Will Survive, Knock On Wood, Hooked On A Feeling, Sky High, I Am Woman and Hot Stuff.