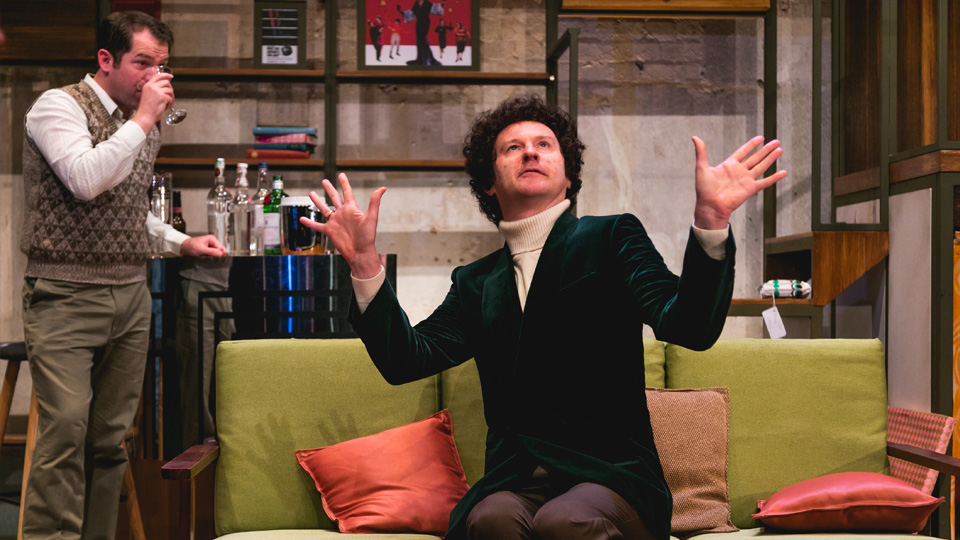 The first class revival of Mart Crowley’s ground-breaking play, The Boys in the Band, comes to West Yorkshire Playhouse this November. Olivier Award winner and Sherlock star Mark Gatiss will star alongside his husband Ian Hallard in this eagerly anticipated production.

There’s a party about to commence when nine men gather in a New York apartment for a birthday celebration. Harold, a self-confessed ‘Jew fairy’, receives a surprise birthday gift – a beautiful male hustler dubbed Cowboy. Meanwhile, party host Michael gets an unwanted surprise of his own in the shape of a figure from his past. As the booze is drunk and the dope smoked, the mood swings from hilarity to heartbreak.

From the producers of the critically acclaimed revivals of Beautiful Thing, Our Boys and Another Country, and the forthcoming stage adaptation of Brokeback Mountain, comes this eagerly anticipated revival of Mart Crowley’s seminal piece, which premiered in 1968 just before the Stonewall riots. This witty, dark American play which changed the landscape of gay theatre was adapted into a film in 1970, becoming a cult hit. The play was last revived in New York in 2010, and this UK revival will mark almost 20 years since the last West End production.

Mark Gatiss and Ian Hallard said: “We are thrilled to be a part of this production, which will bring this classic gay play back to London for the first time in eighteen years. The script is razor sharp, with huge amounts of wit and pathos, and is as fresh, startling and relevant as it was back in 1968. It’s tremendously exciting to be working with a superb creative and production team.”

The Boys in the Band is at West Yorkshire Playhouse from Monday 14th to Saturday 19th November.Book online www.wyp.org.uk or call the Box Office on 0113 213 770.