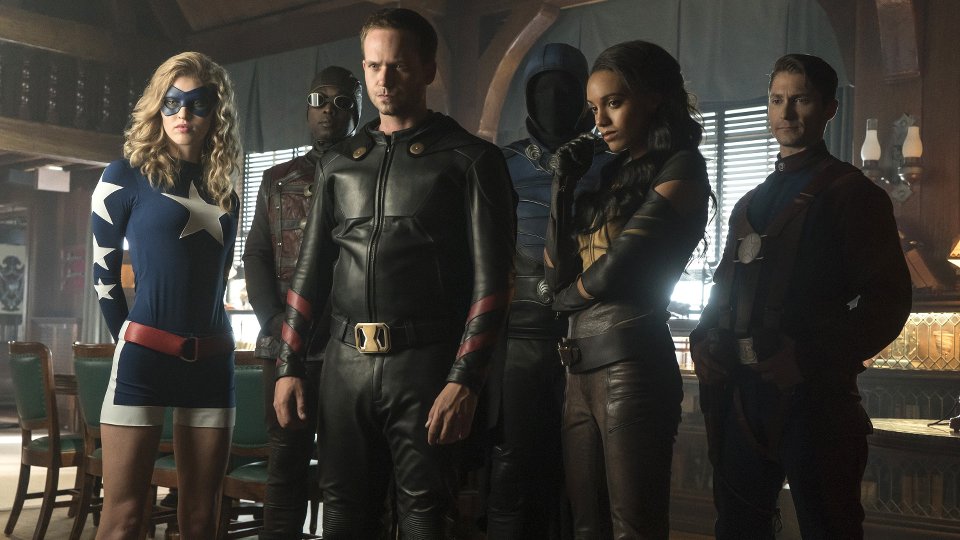 DC’s Legends of Tomorrow returned to our screens last week and the superhero team-up has had a reboot of sorts.

Historian Nate Heywood (Nick Zano) appealed to Oliver Queen (Stephen Amell) for help locating the Waverider after it was caught in a nuclear blast in 1942. The found the sunken ship with Mick (Dominic Purcell) onboard in stasis.

After waking him up, Mick revealed what had happened with Sara (Caity Lotz), Ray (Brandon Routh), Jefferson (Franz Drameh) and Martin (Victor Garber) were dealing with aberrations in history. They discovered that a nuclear bomb would detonate in New York in 1942 and that Damien Darhk (Neal McDonough) was working with the Nazis to orchestrate the attack.

Rip (Arthur Darvill) placed the team throughout time to save their lives while he intercepted the bomb, saving New York in the process. Mick and Nate travelled through time to reunite the team and they realised that Rip was gone.

Following their successful attempt to prevent the Nazis making a bomb, the team was confronted by the Justice Society of America (JSA). It was also revealed that Darhk was working with Eobard Thawne (Matt Letscher).