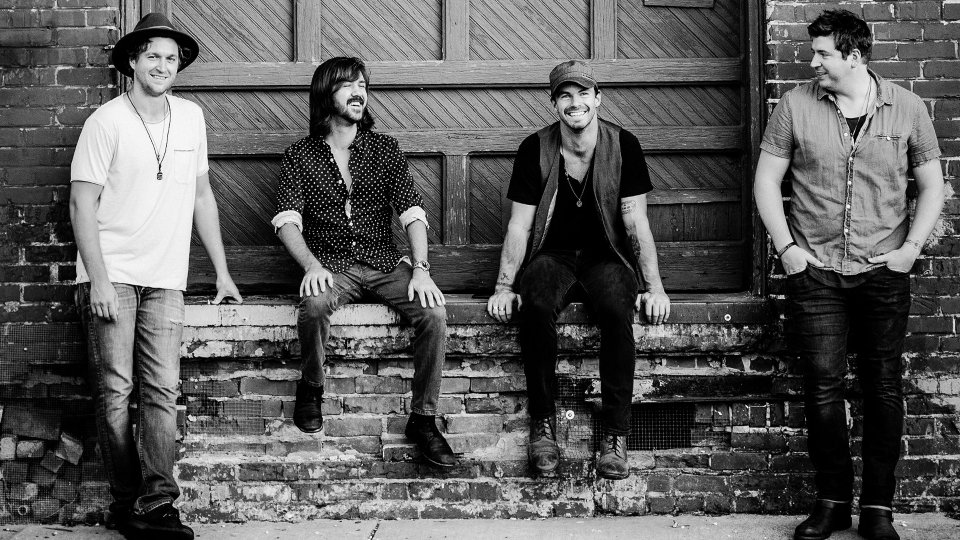 Today (November 4) marks the launch of country-rock band Melodime’s latest single, Chance On Me, the first in a series of releases ahead of their upcoming new album.

Over a 10 year period the group has worked solidly to put out a total of five records, three of which are available on iTunes, and a range of EPs and B-Side projects.

They’ve also toured the US extensively performing with acts such as Sam Hunt, Jonny Lang, A Thousand Horses and Sister Hazel, mixing more and more of a country sound into their repertoire as they go.

“It’s been a new direction to country,” explains Brad. “We were getting more in touch with our roots here in Virginia and bluegrass, and our most recent member, Jon, plays mandolin and pretty much anything with strings. We’ve embraced it.”

While he says fans have not heard too much of the new material yet, it won’t be an extreme shift from their recent work, and that their focus is putting out new content for them to enjoy.

The new single, Chance On Me, tells the story about chasing after someone you feel might be out of your league, but mustering up enough courage to make the first move anyway.

“It’s fairly fun and good to play live,” he says.

The band has retained its core three members since the early days, when Brad and Tyler met as seniors in high school, and Sam is Tyler’s brother.

Jon is the newest addition to the group, which Brad says brings a new energy to Melodime performances.

“He’s a wild animal on stage, which adds to the live experience, and sonically there’s a lot added.

“For us, this is more of a family thing than a business venture.”

Following the release of the boys’ most recent album, Where The Sinners and The Saints Collide, they formed the charity, Now I Play Along Too (NIPAT) with the mission of improving the lives of disadvantaged kids through the gift of music.

Providing musical instruments and lessons to underprivileged children in the DC area, Florida and Haiti, their work is 100 per cent funded by album profits, the Virginia Baptist Missions Board and fan donations.

Brad says they were first inspired to start a charity, involving teaching children to play music, when they heard the story of Sam and Tyler’s Irish great-grandfather.

One day the family received an anonymous donation of instruments on their door step and they were then able to play around town, supporting themselves, through the generous act of a total stranger.

“We wanted to do something beyond putting a record out,” he says.

“The children are happy to have anything and a lot have never seen instruments before. It gives them the opportunity to express themselves through music and they’re very grateful.

“We’re still running it on our own, but we have a lot of great volunteers and our manager helps as well. We’re definitely looking to grow it out.”

Brad has travelled to Haiti to run music campaigns, but they ensure teachers on the ground follow up with lessons three times a week, and new instruments are bought and refurbished as needed.

With charity work, a forthcoming new album and return performances on the floating music festival, Rock The Boat (this time to Southern Belize and Costa Maya) coming up, it would be understandable if the Melodime members were looking forward to some well-deserved downtime.

Yet, Brad admits that since wrapping their tour in September, he can’t wait to get back on the highway again as soon as possible.

“It’s kinda weird, I’ve not known what to do with myself,” he says.

“I’m itching to get back out again. We spend a lot of time on the road. We have a tonne of fun on tour and the people who come to our shows are our core fanbase and sing the songs back to you.”

And if UK fans are lucky, a tour might even be in the pipeline soon.

“I hope so. I’ve always wanted to come to the UK. It’s definitely on our bucket list.”

Melodime’s new single Chance On Me is released today. Take a listen to it below:

Advertisement. Scroll to continue reading.
In this article:Melodime