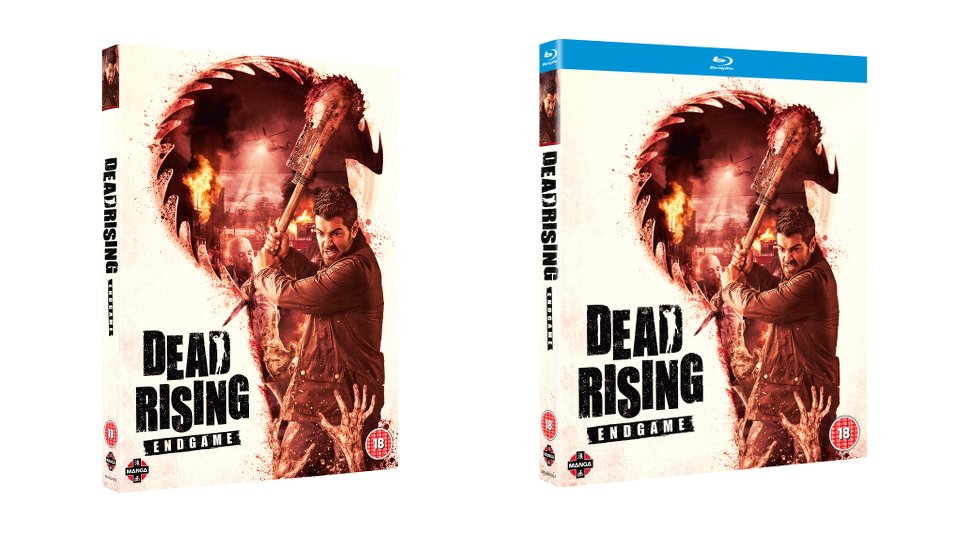 Investigative journalist Chase Carter (Jesse Metcalfe) is back for another instalment of zombie action in Dead Rising: Endgame, the sequel to 2015’s Dead Rising: Watchtower. Picking up after the events of the first movie, Endgame sees Chase heading into the East Mission to stop General Lyon (Dennis Haysbert) from killing victims using Zombrex to stay alive. With his friends in tow, Chase tackles the infected as he attempts to stop a government conspiracy and find out what happened to Jordan (Keegan Connor Tracy).

Fans of the Dead Rising computer game series were left underwhelmed by the first movie outing and they probably won’t find too much to impress them in Endgame. In a world where The Walking Dead is pretty much the benchmark for anything and everything zombie, Endgame is a contrived mess with a nonsensical plot and 2D characters scattered throughout. It also bears little resemblance to the much-loved gaming series, which makes you question why the Dead Rising name is anywhere near it.

You get the feeling that Dead Rising: Endgame takes itself far too seriously, when a tongue-in-cheek approach along the lines of Sharknado would have greatly benefited it. You can almost forgive the ridiculous, and thin, plot but the film has nothing particularly going for it. The good guys and bad guys are lazy stereotypes, the special effects leave a lot to be desired and the action isn’t all that exciting.

The one shining light in this turgid mess is Marie Avgeropoulos. She may be basically playing her character from The 100 but at least she’s believable and acts the rest of the cast off the screen. I think I may have bought into the film more had she been the lead character! Jesse Metcalfe is fine as Chase but he isn’t given anything to work with so his lead character is simply bland and gives you no reason to root for him. That’s not really his fault and he has proven himself to be a fine actor over the course of his career.

The disc is loaded with extras such as behind-the-scenes featurettes and character profiles.

Dead Rising: Endgame is an underwhelming mess that doesn’t capitalise on its fantastic source material. The first movie was passable but this is a complete dud. With too many zombie series and movies in the world, Dead Rising pales in comparison to the majority of them and it has nothing new to offer to an already crowded genre.

Advertisement. Scroll to continue reading.
In this article:Dead Rising: Endgame